Health expert says pausing AstraZeneca jab could be a ‘disaster’

March 17, 2021 Africa/International Comments Off on Health expert says pausing AstraZeneca jab could be a ‘disaster’ 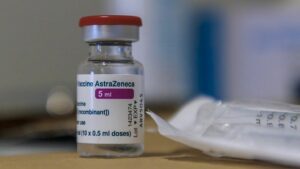 A professor of experimental medicine at London’s Imperial College said the decision to temporarily stop the roll-out of the Oxford/AstraZeneca jab could be a “disaster.”

Professor Peter Openshaw assured those who were waiting for an AstraZeneca/Oxford vaccine not to be worried, adding it was clear the benefits of being jabbed outweigh “the possible concern over this rather rare type of blood clot.”

“It really is a completely one-sided argument statistically that we need to be vaccinating,” he told the BBC on Tuesday.

“I think it is a disaster for the vaccination uptake in Europe, which is already on slightly unsteady ground in some countries.”

Discussing his thoughts on why so many countries had paused the roll-out, he said: “I think the committees are probably afraid of not making that decision to pause on the basis that they might be in some way thought culpable if they didn’t, but actually these are such rare events.”