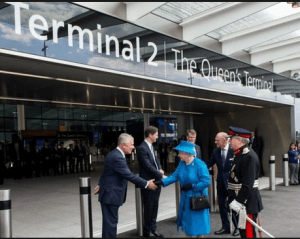 London’s Heathrow Airport has reported a £2-billion ($2.8-billion) loss over the past year.

Overall revenue also dropped by 62 per cent to £1.2 billion.

More than 1,000 jobs have been cut by Heathrow, many through voluntary redundancy.

To help it survive during the crisis, Heathrow cut costs by nearly £400 million, reduced spending by £700 million and raised £2.5 billion in funding.

It added that it ended the year with £3.9 billion of liquidity, which would be enough to see it through until 2023.

Heathrow’s chief executive John Holland-Kaye has called for Britain’s Chancellor Rishi Sunak to offer businesses 100 per cent rates relief and to extend the government-funded job scheme, known as the furlough scheme, next week when he outlines his budget for Britain.

“We can be hopeful for 2021, with Britain on the cusp of becoming the first country in the world to safely resume international travel and trade at scale,” Holland-Kaye said.

“Getting aviation moving again will save thousands of jobs and reinvigorate the economy.”