The Supreme Court will on Monday February 22, hear another review application of John Dramani Mahama, challenging the decision of the Court to have his case reopened in the ongoing Election 2020 Petition trial.

On February 16, this year, the Court unanimously dismissed Mr Mahama, the Petitioner’s application to have his case reopened for the purpose of causing a subpoena to be issued and directed at Mrs Jean Mensa, the Electoral Commission Chairperson, to be cross-examined.

The Petitioner also filed an application for stay of proceedings pending the hearing of the review application.

This was after the Court directed lawyers of the parties to file their closing addresses, after which a date would be set for judgement.

Mr Mahama in his application for review, contended that the apex Court of the land made fundamental errors of law including the ruling “per incuriam” of constitutional provision, statutes and previous decision of the Supreme Court.

“Among these errors, I am advised by counsel and verily believe, is an error whereby the court subordinates a provision in the Evidence Act to rule in subsidiary legislation by the rules of Court Committee.”

The Petitioner argued that the fundamental error, which had occasioned a miscarriage of justice had been set out in his statement of case.

According to him, that constituted exceptional circumstance that warranted a review of the Court’s decision on February 16.

On February 16, the Supreme Court, dismissed the Petitioner’s application to have his case reopened.

The seven-member panel held that that the Petitioner had not given any inkling of a new matter or fresh evidence he was bringing through the EC Chairperson.

It further held that the Petitioner had also not disclosed how that evidence would advance the cause of his Petition.

The Petitioner had earlier called three witnesses to make his case but contended that it would need the Court to compel the EC Boss to be cross examined over election results among other issues since she was the number one returning officer who had been mandated to provide that constitutional duty.

The two respondents namely the Electoral Commission and President Nana Addo Dankwa Akufo-Addo did not call any witnesses after the Petitioner had closed his case.

The Petitioner had gone to court to challenge the validity of EC declaring President Nana Addo as the winner of the Election 2020 polls.

He also accused the EC of vote padding but that assertion had been denied by the EC. 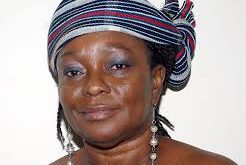 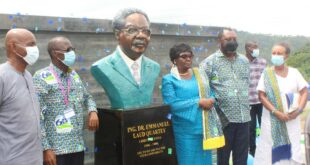 Dr Mathew Opoku Prempeh, the Minister of Energy, has joined the Management of the Volta …