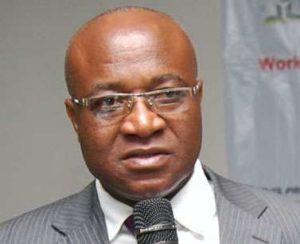 Mr Osei Kyei-Mensah-Bonsu, the Majority Leader and Minister-designate for Parliamentary Affairs, has bemoaned the high attrition rate of experienced legislators from the House and called for measures to help retain them.

Mr Kyei-Mensah-Bonsu, who is also the Member of Parliament (MP) for Suame, attributed the loss of experienced MPs to the monetisation of politics in Ghana, which he described as a “reality,” and advised political parties to confront the issue to stem the tide.

“Not until the parties confront this reality, it will be difficult to stop the high attrition rate,” the Majority Leader told the Appointments Committee of Parliament during his vetting on Friday for the Parliamentary Affairs portfolio.

He held this position in the first term of President Nana Akufo-Addo’s Government, and has been nominated to serve again.

The Appointment Committee, chaired by Mr Joseph Osei-Owusu, First Deputy Speaker, recommends to Parliament for approval of persons nominated to serve as ministers, deputy ministers, the Chief Justice and other justices of the Supreme Court, among others.

Born on February 3, 1957, Mr Kyei-Mensah-Bonsu, trained as a planner from the Kwame Nkrumah University of Science and Technology, went into various professions and first became MP in January 1997.

The MP, whose constituents recognised him as Sompahene, meaning; “King of Good Service,” regretted the exit from the House of Dr Mark Assibey-Yeboah, the Chairman of the Finance Committee and MP for New Juaben, Mr Inusah Fuseini, former Ranking Member on the Committee on Constitutional, Legal and Parliamentary Affairs, and Mr Joseph Yieleh Chireh, former MP for Wa West.

He proposed a discussion on what could be done to retain such MPs to maintain the quality of legislators in the House.

He advised his colleagues not to portray themselves as agents of development at the grassroots, adding: “Let us learn useful lessons from our conduct.”

Mr Kyei-Mensah-Bonsu noted that chief executives of the metropolitan, municipal and district assemblies were not hounded for developmental projects, but when MPs went to solicit votes, the people asked them if they were aware of their challenges.

He argued further that the MPs Common Fund, on which they fell to support development projects in their communities, was not enough.

The Parliamentary Affairs Minister-designate justified the existence of that ministry, explaining that he persuaded colleague MPs to support government policies brought to the House for approval.

“You need the Parliamentary Affairs Minister to be in Cabinet, where policy evolves to appreciate the underpinnings of any policy so that when he comes to Parliament to lead the business of the House, he’ll then be able to get the buy-in of his colleagues.”

Mr Kyei-Mensah-Bonsu argued that space should be created for heads of constitutional bodies to directly answer to the House.

On the review of the 1992 Constitution of Ghana, he called for a holistic approach to its review.

The Ministry of Parliamentary Affairs is one of the specialised ministries set-up under Section 11 of the Parliamentary Service Act (Act 460), with the mandate of deepening good governance.

It is expected to be the main link between the Executive and the Legislature. The Ministry was proscribed in 2009 and recreated in January 2017, through Executive Instrument 28.