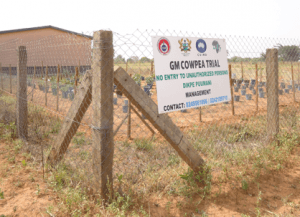 Food Sovereignty Ghana (FSG), a grassroots food advocacy movement, has prayed the Government to withdraw the Plant Breeders’ Bill (PBB) before Parliament and rework its crucial sections including clause 23.

Mr Edwin Kweku Andoh Baffour, Director of Communications of FSG, at a media briefing on Wednesday in Accra, said the Bill in its current form, when passed, would threaten the country’s agricultural sector and the livelihoods of farmers, especially, the peasant ones.

Mr Baffour said Clause 23 of the Plant Breeders’ Bill states that “a plant breeders right shall be independent of any measure taken by the Republic to regulate within Ghana the production, certification and marketing of material of a variety or the importation or exportation of the material.”

He described the clause as “risky” and was inimical to the interest of smallholder farmers and urged the Government to withdraw the Bill and amend it before it was passed.

He alleged that “The Plant Breeders Bill is designed to impose Genetically Modified Organisms (GMOs) on Ghana’s food chain, a move that could change our entire agricultural system.”

Mr Baffour called on government to withdraw the UPOV-compliant Plant Breeders’ Bill and replace it with a “sui generis”, Plant Variety Protection (PVP) system suitable to the country’s conditions.

“Joining UPOV under UPOV 91 narrows the possibilities for states to adapt PVP law to individual country’s needs and to involve stakeholders effectively,” he said.

“The Bill also contains a ‘presumption’ that a plant breeder is considered to be entitled to intellectual property protection in the absence of proof to the contrary. Usually, the onus is on the applicant to prove that he or she has complied with the necessary requirements and is thus entitled to protection. But in this case, there is a presumption in favour of the plant breeder.

“Ghana’s farmers must not be criminalised by Ghana’s laws for practising traditional farming,” he said.

Mr Baffour said it was important to note that Ghana was a member of the Convention on Biological Diversity, which championed fair and equitable sharing of benefits arising from the utilisation of genetic resources.

He said, “Including a disclosure of origin provision in the Bill is critical as it is widely recognised as an important tool to safeguard against biopiracy. Several countries have included such a provision in their PVP legislation and there is no reason why Ghana should not do the same.”

Mr Baffour said the Bill also lacked provisions that would ensure that intellectual property protection would not be granted to varieties that adversely affected public interests.

He said it also provided a long list of plant breeder rights without any responsibilities.

“We strongly recommend the inclusion of a “Strict liability” clause, such as: ‘All approvals for the introduction of GMO or their products shall be subject to a condition that the applicant is strictly liable for any damage caused to any person or entity,” the Communications Director said 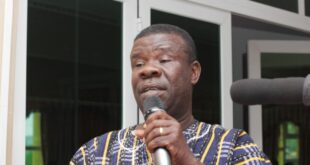 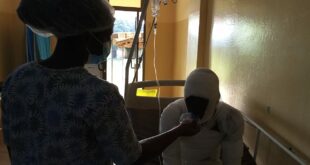