Effects of COVID-19 pandemic on Nigerian economy so far

July 27, 2020 Africa/International Comments Off on Effects of COVID-19 pandemic on Nigerian economy so far

Nigeria has the largest economy in Africa, and it has clearly suffered from the coronavirus outbreak. Here is an overview of the effects.

Influence of COVID-19 On the Economy of Nigeria

Since early 2020, COVID-19 has been spreading like wildfire. Countries on all continents have been affected and Nigeria is no exception. Although the mortality rate is relatively low, the country’s economy has taken a hit. Here are the key effects of the crisis observed so far.

As of this writing, Nigeria has 10,819 confirmed cases and just 314 deaths. On May 30, the country saw a peak in daily new cases – 553. For comparison, in South Africa, there are 35,812 cases and 755 deaths. The situation is obviously less severe than in the USA or Russia, but the trend is showing no signs of a reverse.

In March, the crisis was officially declared, which shocked the global financial system. However, the virus was not the only driver of the downtrend. Even earlier, in the weeks preceding the breaking news, the markets were already slowing down. The global GDP was predicted to show just 2.5 per cent growth over the year. The developing markets had even bleaker prospects.

The Nigerian government had a lot on its plate even without the pandemic. The nation had not yet overcome the oil crisis of 2014. GDP for 2019 was unimpressive – only 2.3 per cent, which was later lowered to 2% by the International Monetary Fund. This was just one of many concerns.

The country was also grappling with its debt problems. The latest estimations show the debt service-to-revenue ratio to stand at 60 per cent. Given the oversupply of oil due to worldwide lockdowns, the numbers are only expected to deteriorate.

As a result of the oil collapse, the value of the national currency has fallen. At the beginning of the year, it was just over 300 Naira. Today, it stands at 388 Naira for 1 US dollar. Sales of crude oil account for 90 per cent of the country’s foreign exchange earnings. The national budget for 2020 was based on predictions of $57 per barrel. Since April, the price of crude has been fluctuating around $29.

Measures by the Central Bank

In response to the crisis, the Central Bank of Nigeria (CBN) put together a fiscal stimulus package. Affected households, along with small and medium-sized businesses, received a credit of 50 billion Naira in total. Twice as much was provided in loans to the national healthcare industry. The largest amount flowed into the manufacturing sector – 1 trillion Naira.

The second set of measures concerned the Central Bank’s interest in interventions. A year-long moratorium was introduced on March 1. The rate now stands at 5 per cent, as it has almost been cut in half.

Nigeria is Africa’s biggest economy. The government is implementing multifaceted measures across the board to reduce the damage. Restrictions vary between states.  This week, the parliament has approved the President’s request for $5.51 billion in external borrowing from international lenders. The budget for 2020 has been revised with regard to the pandemic and oil crisis.

Nigerian households are expected to spend less for several reasons. Generally, residents will limit spending to basic necessities and most essential services. Given the current situation, this outcome is inevitable. There are three key reasons.

Clearly, the times are desperate and local residents are likely to turn to alternative sources of finance. Recently, the nation has welcomed online trading, and the sector is expected to grow. Currency trades may become the key source of income for many consumers.

Through an international Forex broker like FXTM, locals may buy and sell a wide range of instruments, from currency pairs to CFDs. Live accounts in the Nigerian naira have recently become available.

These will also diminish. It is still unclear when the pandemic will end, and what lasting effects it will have. At the moment, market forecasts are hardly encouraging as the sentiment is negative. The Nigerian Stock Exchange has seen the most dramatic collapse since 2008. Any long-term investment schemes are likely to be abandoned. 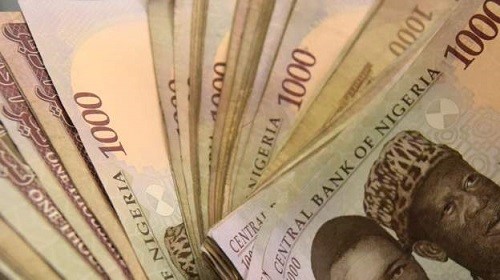 The government is predicted to release more stimulus packages to support the economic system. As consumers spend less, and oil prices are low, fiscal deficits may skyrocket.

Nigeria is heavily dependent on oil exports. The current crisis has highlighted the need for radical change. It is a wake-up call to the national government. The oil crisis, combined with the lockdown, has already dented the economy, and the effects will only get worse. Nigeria needs to diversify its sources of revenue to survive.