Home / Editorials/Opinion / How long will it take UPSA to conclude investigations of plagiarism by its lecturer?

July 13, 2020 Editorials/Opinion Comments Off on How long will it take UPSA to conclude investigations of plagiarism by its lecturer? 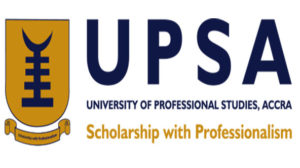 It has been more than two months since a lecturer and head of department at the University of Professional Studies, Accra (UPSA) was caught in a blatant act of plagiarism.

UPSA authorities subsequently issued a press release dated May 6, 2020, stating they are doing a thorough investigation into the matter because they hold both students and faculty to ‘high ethical standards and does not compromise on academic integrity.’

In the widely circulated press release from UPSA, the name of the lecturer wasn’t mentioned. His position was. He is the Head of the Banking and Finance Department. The Pro Vice-Chancellor of UPSA, Prof. Charles Barnor was quoted in the release saying, “The outcome of the investigations will be made known to the public as soon as they are concluded.”

The quote from the Pro Vice-Chancellor does not reflect well on the University’s image. Starting an investigation without giving a timeline smacks of lethargy in leadership or an unwillingness to hold people in the institution to account in a timely manner. Without setting a time for the conclusion of the investigations, UPSA has not shown to the rest of the world which is keenly watching that it takes the appalling act of plagiarism as seriously as it should.

The press release curiously, didn’t also identify the officials or group of people conducting the investigation – something that raises questions about transparency for an academic institution of UPSA’s standing.

The accused lecturer, Dr. Edward Attah-Botchwey sometime in April 2020, plagiarized an entire Facebook post by one Roland Ofori Larbi titled: Why do our fathers die too early?, and submitted it to the Daily Graphic newspaper which subsequently published the article both in print and online with his byline.

The authorities at UPSA cannot talk about ethics and academic integrity in one breath and continue to investigate for more than two months, a straight forward case of plagiarism which the originator of the content was able to establish within hours.

The originator of the content, Mr. Larbi found out and raised the alarm on Facebook and subsequently protested to the Daily Graphic. But Dr. Attah-Botchwey vehemently denied it, both in public and in private to his colleague lecturers at the University. But after he was pinned down with evidence by Mr. Larbi, he caved in, and admitted to the offending behaviour and apologized.

But the apology was insufficient. For an academic who holds a PhD, and heads a department in a University that holds academic integrity as high as UPSA claims, a mere apology to the author isn’t enough to purge him of the grave intellectual offence. It was therefore, assuring when UPSA announced that it was going to investigate the matter. But more than two months after the announcement of the investigations, it is unclear where the University is on the matter.

The ugly act of plagiarism is vehemently abhorred in any serious academic environment. But that act is common in Ghana. While the aberrant conduct is prevalent in Ghana, there are very few known cases of individuals – both students and academics who have been publicly penalized. It appears sanctioning of offenders, if ever done, is done on the quiet – that being the case, it does give an indication that there is no will to curb the act in Ghana’s academic institutions.

Elsewhere, known plagiarists in public office take personal responsibility and resign, while academics and students found to commit the sin, are fired and dismissed.

The authorities at UPSA cannot talk about ethics and academic integrity in one breath and continue to investigate for more than two months, a straight forward case of plagiarism which the originator of the content was able to establish within hours.

It is in the interest of UPSA to conclude the investigations as quickly as possible, make the outcomes public and where applicable ensure that the necessary sanctions are applied to serve as deterrent to others.

The integrity of our academic institutions and for that matter our knowledge enterprises cannot be compromised for any other reason.