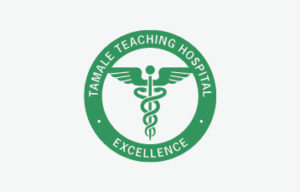 The Tamale Teaching Hospital (TTH), has opened a new Polyclinic at its premises to provide primary health care services to residents of the Metropolis and its environs.

A statement issued by the TTH and signed by its Acting Chief Executive, Dr Kareem Mumuni, and copied to the Ghana News Agency in Tamale on Tuesday, said the opening of the Polyclinic was to reduce burden on the TTH.

The TTH, prior to opening the Polyclinic on Monday, provided both specialised and primary health care to citizens, with the numbers increasing astronomically, which became extensive for the TTH to handle, hence the opening of the Polyclinic to augment the services.

The statement said the opening of the Polyclinic would allow the TTH to focus on its mandate of providing specialised healthcare delivery, medical education and undertake relevant research aimed at improving health outcomes.

It, therefore, encouraged members of the public to visit the Polyclinic for primary medical attention and other ailments, which did not require specialised treatment.

The statement said the Polyclinic had Out-Patient Department (OPD), and male and female wards for admitting patients.

It gave assurance that “although the Polyclinic has been opened, we would not relent on our efforts to curb the spread of the COVID-19.”

It also added that “We shall continue to enforce the wearing of face masks and observe social distancing and hygiene protocols in the Polyclinic in particular and the Hospital as whole.”