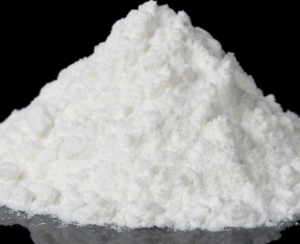 The Customs Division of the Ghana Revenue Authority says it is currently carrying out detailed investigations into the circumstances surrounding the handling and storage of the missing 100.10 grammes of substances suspected to be narcotics.

In a statement signed by Mrs Florence Asante, Assistant Commissioner Communications and Public Affairs, the Customs Division said the outcome of these investigations and the findings of the Police Forensic Laboratory would be made public.

The substances, suspected to be Narcotics, were alleged to have gone missing after a joint operation by security operatives at the Kpoglo Border Post in the Volta Region on Friday, June 5, 2020.

Narrating the sequence of events in the statement, the Authority said on Friday, June 5, 2020, officers of the Customs Division on duty, together with other security operatives at the border post, intercepted a Toyota Land Cruiser Prado vehicle with registration number LSR 815 FV.

It said upon further investigation, some substances suspected to be narcotics and an amount of money in foreign currency, amounting to $200,000, were found in the vehicle.

“Unfortunately, the driver of the vehicle fled the scene. All the items that were found in the vehicle were documented by the officers of the joint security operation at Aflao and handed over to the Customs Division for safekeeping.

“This exercise was carried out in the presence of all the security operatives and it was then detected that 100.10 grammes of the substance were unaccounted for” .

The statement said Customs officers, together with Immigration Service officers escorted the intercepted items to Accra, but at Dawa, the vehicle developed a mechanical fault and the items were, therefore, escorted to Accra without the vehicle.

However, the vehicle was towed to Accra the next day and it remained in the custody of the Customs Division’s headquarters.

The items were handed over to the Commissioner Customs Division in the presence of invited media personnel, it said.

The statement explained: “Another inventory was carried with the report detailing the description of the exhibits. The report acknowledged that 100.10 grammes of the substance was missing.

“However, officers of the Narcotics Control Commission refused to take delivery of the exhibits because the vehicle was not part of the items.

“When NACOB officials refused to take delivery of the exhibits, the Commissioner Customs Division then directed that the exhibits should be handed over to the Police Forensic Laboratory for the necessary testing and the cash amounting to $200,000 was deposited at the Bank of Ghana.

“We want to put it on record that the process of arrest, handling of and handing over of all the exhibits has been inclusive, transparent and was carried out with the utmost integrity on the part of the Customs Division,”.

It said the Customs Division remained steadfast in carrying out its preventive functions at all the country’s borders and would thus not under any circumstance compromise on its mandate.

” We continue to cooperate with all state agencies, especially in joint border patrols in the common interest of good governance, including working with all other partner organisations and stakeholders to ensure the security and development of Ghana,” it added.