He said the Akufo-Addo-led Government, over the past three years, had prudently managed the economy, hence it was capable to mobilise resources to fund the 88 District Hospitals and other COVID-19 Response Programmes.

He, however, acknowledged the concerns expressed by some critics of the Government that it would not be able to raise the needed funds to complete the projects, saying it was based on their knowledge that the economy was not on a sound footing before the current administration took charge.

But, the Minister said, following three years of sound macroeconomic and fiscal policies by the administration, the economy had made giant strides with positive primary surplus.

Mr Oppong Nkrumah was addressing a media briefing, in Accra, on Tuesday, to offer more explanations to Government’s interventions to contain the spread of COVID-19.

The Minister recalled some of the COVID-19 interventions as follows: $1 million initial support for the construction of screening stations at the country’s entry points; GH¢1.2 billion for the provision of food packs for residents in lockdown areas; GH¢600 million soft loans for small and medium scale enterprises (SMEs) that have been hit hard by the pandemic and GH¢200 million for the provision of free water for all Ghanaians.

Others are GH¢1 billion for subsidising electricity consumption; tax cuts and 50 per cent top up of the basic salary of frontline health workers and GH¢6 billion injected into the 2020 Budget.

Additionally, the Government had secured $500 million free interest payment facility from the World Bank that would create fiscal space for the economy.

For his part, Mr Kwaku Agyeman-Manu, the Health Minister, said the  Government had already set in motion plans to construct 22 District Hospitals before the announcement on Sunday, April 26 by the President.

Consequently, the President did not make the promise to construct the new district hospitals out of the vacuum, but based on a carefully laid out plan.

The Minister stated that the 22 District Hospitals were part of a projection made from the health sector’s allocation of the Sino-hydro facility between Ghanaian and the Chinese governments.

“We had also selected to do 22 district hospitals even before the President’s announcement,” he explained.

“When we got an indication of allocation of the Sinohydro facility that the government was arranging to take, we listed 22 Districts without hospitals to begin construction.”

The Minister gave the assurance that the government was committed to completing the ongoing health infrastructure in order to provide quality healthcare to the citizenry.

“No existing health project has been abandoned by the Akufo-Addo’s Government,” he emphasised, as he gave a breakdown of ongoing projects across the country.

Responding to critics who argued that the government could not raise funds for the interventions, the Minister said that though there was no expenditure to manage COVID-19 pandemic, the Government delved deep to provide funding for some COVID-19 response programmes.

The deaths have also gone up by five, making it 16. However, there are 188 recoveries. 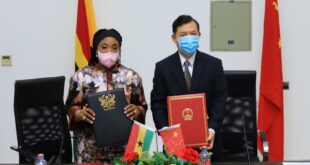 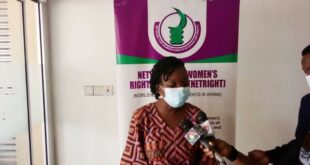