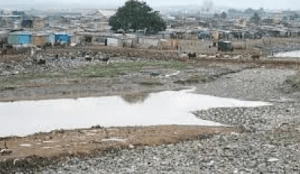 The Ghana Wildlife Society on Sunday urged the public to protect and maintain wetlands to help reduce flooding and sustain the human race and the entire biodiversity of plants and animals.

Wetlands are areas or landscapes covered with water seasonally or throughout the year.

They comprise marsh wetlands, which is dominated by herbaceous plants such as grasses, rushes, or sedges, and swamps, a forested wetland characterised by specific types of trees and soil.

Ms Louisa Kabobah, a Conservation Education Officer of the Ghana Wildlife Society, in an interview with the Ghana News Agency, said wetlands were often seen as wastelands, however, they played a pivotal role in securing livelihoods.

She said this at Weija when the Society mobilised hundreds of community members living around wetlands in Accra to educate them to commemorate the 2020 “World Wetlands Day”.

As part of the celebration, the Society embarked on a walk with the community members to enlighten and empower them, especially the children, to become future ambassadors to advocate the protection of wetlands.

Ms Kabobah said with all advantages of wetlands, it was unfortunate that people deemed them as wastelands, thereby, giving them out to developers, while others encroached on them.

She advised those living at wetland communities, such as Weija, to protect such landscapes to reduce the possibilities of flooding.

Ms Kabobah said though there was a ‘National Wetland Conservation Strategy’, the challenge had been how to enforce it, especially as communities were under the care of traditional leaders.

She called on the Ministry of Lands and Natural Resources, Metropolitan, Municipal and District Assemblies, and the public to join forces to enforce the strategy and protect the wetlands.

“It is necessary to create awareness on the importance of wetlands, restore and rehabilitate them to prevent the nation from losing them,” Ms Kabobah said.

“Wetlands are not wastelands so people should not use them as refuse dumping sites or encroach on them. We should see wetlands as prized lands and not wastelands that breed mosquitoes,” she added.

Wetlands among other roles act as giant sponge to absorb or soak flood waters, filter water that seeps into aquifers to help in replenishing water sources.

They also help in filtering household and industrial waste and absorb toxins with their silt-rich soil, improving urban air quality by radiating moist air, and preserving green space for recreation and access to diversity of plants and animals.

Wetlands enable fishes to spawn and breed while providing medicinal plants and fruits and absorb carbon to reduce global warming.