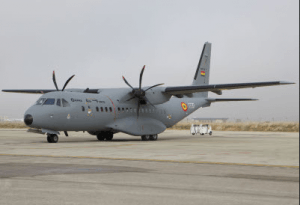 The Ghana government is starting an investigation into the Airbus bribery scandal in five countries that included Ghana.

A statement from the Office of the President says he has referred the matter to the Special Prosecutor to collaborate with its UK counterparts “to conduct a prompt inquiry to determine the complicity or otherwise of any Ghanaian government official past or present, involved in the scandal and to take the necessary legal action against any such official, as required by Ghanaian law.”

Airbus officials have admitted to courts in the US and UK that they paid various sums of money in bribes to government officials in five countries including Ghana to secure sales deals. The approximate cost of one aircraft is $28 million.

In the case of Ghana, an unnamed elected government official, identified as ‘Individual 1’ in US court documents and ‘Government Official 1’ in UK court documents who is said to be influential in having the government of Ghana approve aircraft purchase and another person described as ‘Consultant  4’ who is also a brother of ‘Individual 1’ were involved in the murky deal that has caused Airbus SE a fine of $4 billion in an agreement that deferred criminal prosecution of the aircraft maker.

The documents indicate that the first contract between Airbus and Ghana was signed on August 3, 2011, just a week after the country’s Parliament approved a $105.4 million financing arranged by the Deustche Bank Sociedad Anonima of Spain. The company sold two C-295 military aircraft to Ghana. The two aircraft were delivered on November 11, 2011 and March 19, 2012.

The role of ‘Consultant 4’ was to act as third-party consultant for Airbus during the sales campaign, the documents says. Airbus also used ‘Consultant 4’, as a conduit to send messages to ‘Individual 1’. There was also “Consultant 5’ a UK citizen, who worked with ‘Consultant 4’ to close the sale. The two ‘Consultants’ were engaged without any prior written contract.

While Airbus agreed to pay Consultants 4 and 5 in excess of €3.5 million for the Ghana C295 sales campaign, it was until two years of working with the two that Airbus submitted a business partner application to Airbus’s compliance staff. He compliance staff however rejected the proposed contract because Consultant 4 had a familial relationship to Individual 1.

“The stakeholders of this company are so close to the decision makers”, Airbus compliance staff said.

Subsequently Airbus paid an amount in excess of €3.5 million to Organisation 1, belonging to Consultant 5. The company was operating in Spain but has its address in Ghana, the documents show.

Consultant 5, after receiving the €3.5 million through Organisation 1, took a percentage of the money prior to the transfer.

Speculations are rife in Ghana on the real identities of the subjects in the matter. It is hped to be seen what the investigation by the Special Prosecutor would uncover, even though most Ghanaians are skeptical about the seriousness of the investigation – the believe it is only meant to gain political capital for the ruling government, which itself is suspected of being corrupt and therefore failing to fight the canker sincerely.

By Emmanuel K. Dogbevi
Copyright ©2020 by Creative Imaginations Publicity
All rights reserved. This article or any portion thereof may not be reproduced or used in any manner whatsoever without the express written permission of the publisher except for the use of brief quotations in reviews.