Coconut Federation to take advantage of $15b coconut industry

January 24, 2020 General News Comments Off on Coconut Federation to take advantage of $15b coconut industry 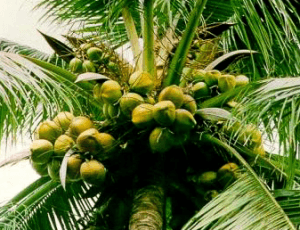 The Coconut Federation of Ghana says it will take advantage of the various government initiatives to boost the export of the fruit.

The projected global growth in the coconut industry is pegged at $15 billion by 2024.

The Federation said through the National Tree Crop Development Authority (NTCDA), it would help accelerate Ghana’s position for a significant share of the global coconut industry by creating more jobs and business and livelihood opportunities along the Ghanaian coconut value chain.

Mr Patrick Ndabiah, the National President of the Federation, speaking at a press briefing, commended Nana Addo Dankwa Akufo-Addo for the unprecedented advancement and commitment to develop the Ghanaian Coconut Industry.

The Birth of the NTCDA seeks to formalise the tree crop value-chain, develop and institutionalise effective regulatory schemes, mainly driven by the Ghanaian private sector and it is expected to also develop and regulate production, processing, marketing and export of Coconut, Oil Palm, Cashew, Mango, Rubber and Shea.

He said the contribution of the coconut industry to the development of many economies had proven to be an indispensable tool towards many poverty reduction efforts.

The National President said the utilisation and alternative uses of coconut had received the highest acceptance and recognition all over the world and every part of the commodity had become a key support for many businesses, ranging from automobile, food, cosmetic and to the agri-tourism industries alongside other household consumables.

“Coconut agribusiness has finally become the main livelihood support for many people especially the Ghanaian farmers,” he added.

He said the coconut actors in Ghana were left to their fate struggling through their activities with no support system thereby becoming vulnerable to other patrons of coconut produce, products and its derivatives.

“Many farmers abandoned their farms, others diversified from coconut and coconut dependent businesses struggled to break even,” he added.

He said with the strong collaboration between the Federation and other key stakeholders, the coconut industry would become the fastest growing industry to achieve the $2 billion annual target within the shortest possible time.

The National President said it had come at a good time and brought a sigh of great relieve when the authority was established to address the major bottlenecks and constraints along the Ghanaian coconut value chain.

He said they would continue to engage with government on how to supply farmers with highly improve and disease resistant seedlings to boost production, because the current diseases affecting the seedlings would not help in actualizing their dreams.

He called on government to build the capacity of the value-chain actors in the coconut industry and provide production funding and certifications for farmers to enable them compete globally.