Public Services International (PSI), a  global union federation for workers in public services, has cautioned countries belonging to the Economic Community of West African States (ECOWAS), to tread cautiously in accepting ECO as a legal tender.

It noted that wholesale acceptance of the currency without due consideration to differences in economic development indices, socio- cultural, political atmosphere and stakeholders engagements would retrogress nations and worsen the plight of the citizenry.

According to the Union, the move to actualise the over 30 years dream of ECO to  facilitate trade, lower transaction costs and  payments amongst the over 385 million people was laudable, but expressed fear over possible underhand machinations by France especially in the eight member states which use CFA  franc.

“Seven others have their own currencies, yet none of them is freely convertible” Camerade Sani Baba, the Regional Secretary for PSI-Africa/Arab Countries issued the caution at the opening of a two-day conference of African Public and Civil Service Unions Network (APACSUN) in Cape Coast on Thursday.

The conference, which was the second of its kind and the first to be held in Ghana was aimed at strengthening bonds, networking, protecting and influencing policies to promote the interest and welfare of members across the Continent.

It was graced by heads of unions and representatives from Nigeria, Kenya, Tanzania, Ethiopia and Togo.

Camerade Baba explained that ECOWAS could not afford to rush into such agreements without full and proper consultation with all stakeholders, adding that rush in legalising the use will not auger well for all countries.

“If ECOWAS wants to tie the ECO to the Euro, then it should be the discussion between the ECOWAS and European Union, but not France. That’s because for 20 years, the CFA in the French speaking Africa, has always been tied to the Euro.

That notwithstanding, he noted that the “Francophone countries have nothing to lose because their currencies were almost at par with the France CFA, but Anglophone countries like Ghana and Nigeria stand to lose a lot due to population and currency uniqueness.

Osabarimba Kwesi Atta II, Omanhen of Oguaa Traditional Area, who chaired the programme, called on ECOWAS countries to scale-up public education in their respective countries, the essence of the introduction of the currency and its implications.

He told African countries to believe in themselves, and put in place well thought-out pragmatic policies to quicken the pace of development to all.

He encouraged them to exhibit high level of personal integrity and desist from engaging in political and other acts that contravened the ethics of their profession and development. 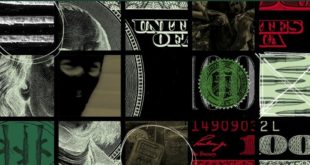 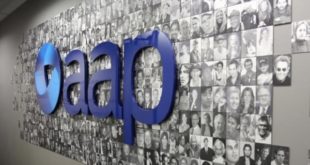