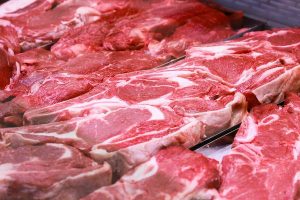 Ghanaian butchers should stop the use of harmful chemicals in meat processing forthwith, Madam Cecilia Abena Dapaah, Minister of Sanitation and Water Resources, has advised.

The use of car tyres in singeing meat, among other harmful meat processing practices, according to the Minister, was deadly, because it posed health hazards to those who consumed such contaminated end products.

“The cancer-causing effects associated with the consumption of these unwholesome products, is unimaginable,” she said.

Madam Dapaah, who was interacting with officials of the Kumasi Abattoir Company Limited, during her tour of the facility, also cautioned meat sellers not to sell uncertified meat to the public.

The tour formed part of a three-day working visit by the Minister to the Ashanti Region.

The Company slaughters on the average 200 cattle per day.

Madam Dapaah said that the visit was to allow her to be abreast of the operations of the Company, especially how they managed their waste.

She observed that substantial number of Ghanaians consumed meat, therefore, such products ought to be kept wholesome always.

The Minister asked that authorities of the Company should consider recycling blood from the animals they slaughtered into biogas.

She said it would help reduce the rate at which such blood was disposed and the attendant health and environmental consequences.