The celebration, themed “75 years of connecting the world”, was to reflect the scale of  aviation industry’s socio-economic impact as the fastest and most effective means of connecting people, services and goods globally

Mr Joseph Kofi Adda, Minister for Aviation, said the theme for the celebration highlighted the importance of safe, secure and rapid air connectivity to socio-economic development.

He said 75 years after the establishment of ICAO, the air transport system makes travel possible for over four billion passengers annually and supports 65.5 million jobs and generates $2.7 trillion in global GDP.

Over 10 million people are also working within the industry to ensure that 120,000 flights safely carry 12 million passengers daily to their destinations.

He said the wider supply chain, flow-on impacts and jobs in tourism including the movement of over 57 million tonnes of cargo made possible by air transport indicates that at least 3.6 percent of global economic activities was supported by the aviation industry.

He said the ICAO’s current forecast indicates that Africa, which accounted for just about four percent of global air transport services, had the highest potential for growth out of all ICAO regions.

Mr Adda said international civil aviation remains one of the most remarkable examples of successful human cooperation and effective global partnership and contributes to global peace and prosperity.

Mr Simon Allotey, Director-General of the GCAA, said ICAO is a specialized agency of the United Nations, established by 54 States on December 7, 1944 in Chicago, USA with the signing of the convention on International Civil Aviation.

The agreement was established to promote cooperation, create and preserve friendships and understanding among the nations and peoples of the world.

“ICAO works with its 193 Member States and industry groups to reach consensus on international standards and recommendation practices and policies in support of safe, efficient, and secure economic sustainability and environmentally responsible sector.”

Mr Allotey said these standards ensured the uniform application of procedures necessary for the safety or regularity of international air navigation.

He commended all aviation industry operators, agencies, airlines and service providers for their high compliance with ICAO SARP’s and the GCA directives, earning Ghana two awards in aviation safety compliance and aviation security compliance at the recent 40th ICAO Assembly in Montreal, Canada.

He also appealed to the travelling public to bear with the airlines when there are flight delays or cancellations, arising out of adverse meteorological conditions as the harmattan season approaches.

Dr Olumuyiwa Benard Aliu, President of ICAO Council, said the theme was selected to draw attention to the fact that safe, secure and rapid connectivity was the core capability of aviation industry’s worldwide network.

He said ICAO chose to focus attention on the air transport sector during the anniversary adding that innovations are the key to how aviation addressed some its most pressing priorities. 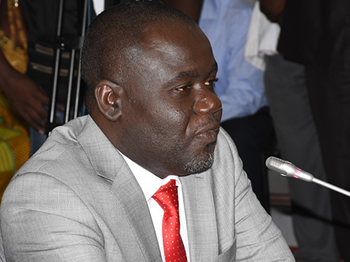 Minister unhappy about state of tourism

Dr Ibrahim Mohammed Awal, Minister for Tourism, Arts and Culture had noted that though the …