Mr Martin Obeng, the Sunyani West District Chief Executive, has expressed concern at the rate at which people in the area have allowed themselves to be swayed and divided by partisan politics.

He said this is retarding progress in the District.

Speaking to the chiefs and people of Fiapre and Nsoatre during separate Town Hall Meetings on Wednesday, he said partisan politics remains the bane of the District’s socio-economic development, hence the need for the people to bury their political differences.

The meetings, organised by the Assembly was aimed at sensitising the electorate on the upcoming District Level Elections (DLEs) and the Referendum to motivate them to participate in the exercise.

Mr Obeng said “political parties come and go but the people forever remain as a community”, adding that until they detach partisan politics from their dealings with each other, it would be difficult to take the development of the area to the next level.

He said it is the desire of every government to turn the fortunes of the nation round, but without the maximum support from the citizenry, efforts being made would be unsuccessful.

Mr Obeng said as a democratic state, every Ghanaian has the right to join any political party of his or her choice but “this does not make us enemies of each other”.

He pleaded with the people to bury all differences, forge ahead in unity and give their maximum support towards the implementation of government’s social intervention programmes to promote sustainable development.

Mr Obeng called on the electorate to come out in their numbers on Tuesday, December 17 and massively participate in the DLEs and also vote “yes” in the referendum.

The referendum is in fulfillment of the 1992 Constitutional requirement for the electorate to either approve or reject a question for the amendment of Article 55(3) to introduce a multi partisan system into local level elections. 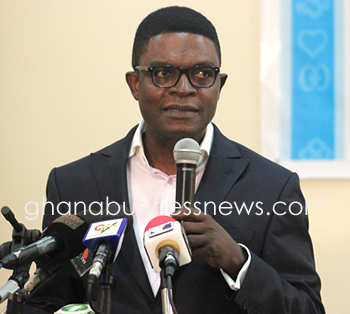