October 20, 2019 Africa/International, Lead Story Comments Off on Deal with corruption and abuse of power in security sector for success of AfCFTA – Former AFRICOM Commander

As African countries work towards the full implementation of the African Continental Free Trade Area (AfCFTA), they have been told to address the situations of corruption and abuse of power in their security sectors.

The AfCFTA which came into force in May 2019 is expected when fully implemented to boost trade in Africa and lead to economic development, however there are systemic issues and lapses, including in the security sector that could hinder the smooth implementation of the Agreement.

Gen. William Ward, a former Commander of the United States Africa Command (AFRICOM), delivering the third Babacar Ndiaye Lecture on the sidelines of the Annual Meetings of the World Bank Group and the International Monetary Fund, corruption and abuse of power in the security sector could become significant non-tariff barriers to trade and to the success of the AfCFTA.

“Reforming the security sector, particularly in countries that experience conflict or serious security challenges, is a critical element of conflict management, peace, and security and can provide a safe and stable environment for political and economic growth,” he said at the Lecture organised by the African Export-Import Bank.

According to Gen. Ward the importance of respect for the rule of law in the implementation of the AfCFTA would provide traders and investors with the confidence to engage in cross-border trade in the knowledge that legal commitments undertaken by countries would be enforced and respected and that, should challenges arise, they would have recourse through robust legal systems.

“Failure to do so could see rise in tension and could undermine integration efforts as traders or consumers feel aggrieved by arbitrary restrictions or sub-par or risky products entering their markets from other African countries. These can lead to border closures or to an increase in interstate tensions, especially if no legal avenue for recourse is provided,” he added.

Currently, intra-African trade is the lowest as compared to trade among countries on other continents, and Africa’s share of global trade is depressing, considering the fact that Africa is the largest supplier of raw materials to the world’s factories. Africa’s mineral resources, notably, are fuelling growth and development in many industrialised and emerging economies of the world, and while Africa consumes very little of its own mineral resources, the continent exports most of it as raw materials, without mostly value addition.

Africa with a population of 1.2 billion could have a GDP of $4.5 trillion when the AfCFTA works efficiently.

The Babacar Ndiaye Lecture series are in honour of Dr. Ndiaye, who was President of the African Development Bank from 1985 to 1995.

VW to invest €2b in Chinese electric vehicle market 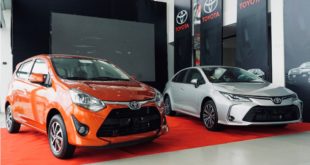 The Bank of Ghana has released an amount of GH¢5.5 billion as first tranche of …