The Climate Chance Summit–Africa 2019 is underway in Accra to reinforce the operational roadmaps adopted at the 2018 edition to step up local action.

The three-day Summit, on the theme: “Stepping up Local Climate Action,” was opened by Hajia Alima Mahama, the Minister of Local Government and Rural Development.

The Summit focuses on access to climate finance in Africa and developing African cities in a sustainable way with a focus on agriculture, food and reforestation, renewable energy, and energy efficiency.

Others are mobility and sustainable transport, water, construction, education, circular economy, and training on climate change adaptation in Africa.

It was organised by the Climate Chance Association and the National Association of Local Authorities of Ghana (NALAG).

Hajia Mahama said she was glad to note that over 200 sub-Saharan African cities and local authorities had signed up voluntarily to the initiative having passed resolutions to that effect.

She noted that thousands had expressed interest in the initiative meaning they were in the process of joining, which was a proof of understanding the urgency required to combat the adverse effects of climate change.

“I have encouraged cities and district assemblies of Ghana to sign up to the project because I am convinced that it comes with enormous benefits,” she said.

“They indeed have the advantage of proximity of getting first-hand information since the office of the Covenant of Mayors is located here in Accra”.

She said the Covenant of Mayors laid emphasis on the preparation of the Sustainable Energy Access Climate Action Plans and encouraged African cities and local governments to formulate and implement their plan, to respond to climate change head on.

“I am, therefore, calling on all cities and local governments to integrate climate change actions in the development plans.”

“This will meet several objectives of effectively fighting the climate change in a comprehensive manner, and providing safe, efficient, sufficient, clean and affordable energy to the population, especially the poor and vulnerable”.

That would help reduce Green House Gases in the atmosphere and contribute to identifying and addressing national climate change mitigation and adaptation priorities, she added.

“The overall objective will definitely be to improve the conditions of livelihood of our population and of course contribute in saving our planet.”

She called on financial institutions and development partners to support the cities in whatever challenges they encountered, be it capacity enhancement, material support, city to city cooperation, study tours and allocation of funds, to assist in finding solutions to the issue.

Mr Mohammed Adjei Sowah, the Chief Executive of the Accra Metropolitan Assembly, said it was important that all stakeholders mobilised resources to address the issues of climate change.

He observed that it was only through local actions that African nations could implement their nationally determined contributions towards climate actions. 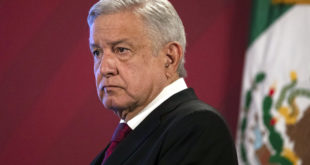