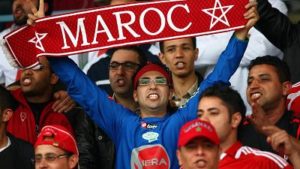 Growth in sub-Sahara Africa on the other hand, remained flat, at 0.4 per cent.

Overall, the report points out that, limited available data shows a three per cent increase in international arrivals on the African continent.

According to the report, destinations worldwide received 671 million international tourist arrivals between January and June 2019. This, the UNWTO says, is almost 30 million more than in the same period of 2018 and a continuation of the growth recorded last year.

International tourist arrivals, the report notes  are up by four per cent from January to June 2019, compared to the same period last year. Growth was led by the Middle East, at eight per cent and Asia and the Pacific; increases at six per cent.

“Growth in arrivals is returning to its historic trend and is in line with UNWTO’s forecast of 3 per cent to 4 per cent growth in international tourist arrivals for the full year 2019, as reported in the January Barometer. So far, the drivers of these results have been a strong economy, affordable air travel, increased air connectivity and enhanced visa facilitation,” the report indicated.

Even though increases in international tourism fell within the World Tourism Organisation’s forecasts, weaker economic indicators, prolonged uncertainty about Brexit, trade and technological tensions and rising geopolitical challenges, according to the UNWTO Confidence Index, have started to take a toll on business and consumer confidence.