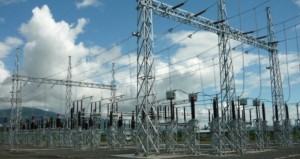 The Chamber of Independent Power producers and bulk distributors have expressed their commitment to assist all parties in creating a framework for the power sector that  allows the continuation of private sector involvement in the delivery of electricity to Ghana at least cost.

“The growth of the country, we believe, depends on and where the cost of power would, without the risk of demand for the power being assumed by the host Government/offtaker, be unduly expensive. ”

This was part of a statement issued by CIPBID and copied to the media in Accra.
The statement said investors and lenders in the private sector involved in delivering the existing IPPs continued to and want to see the growth of Ghana as a country.

” It may be considered by some that the “right thing” is to blame a “take-or-pay” contract or blame the private sector who are the other side to those contracts – but that would be wrong and be a mistake. That will, at best, waste time and lead to an erosion of confidence in Ghana, but at worst could lead to termination of the contracts with a vast termination sum being required to be paid by Ghana.

It said What Government should now do was to act reasonably and, voice its concerns with certain issues and payment terms, but also listen – to the other side, to advisors, to supporting agencies – to ensure that the resulting path chosen was considered properly in a measured way.

Whilst sympathetic to Government, the statement said concerns about the energy sector and the macroeconomic stability of the country, a unilateral recalibration of the PPAs by GoG/ECG was not the way to address the concerns and would  be tantamount to a breach and/or repudiation of those agreements.

The statement said the same sort of “take or pay” PPA was in place in many IPPs across Africa including:Nigeria, Cote d’Ivoire, South Africa, Kenya, Tanzania, Uganda, Zambia and across Asia / South America as well. The nature of a “take or pay” arrangement is not, in itself, at all wrong. What always needs to be considered is which power projects are entered into by a state owned offtaker on such a take or pay basis, what the tariff is for the project and how risks in the project are allocated. ”

It said they would  welcome the approach by the Government for a collaborative consultation process to address the challenges in the energy sector (which are not the making of IPPs and Gas Producers).

“It is not right for Government to demonize what a “take or pay” contract is, nor portray the other side to those contracts as bad people or bad companies.