Home / Feature Articles / Is PIDA the catalyst to spur infrastructure development in Africa?

Is PIDA the catalyst to spur infrastructure development in Africa?

September 4, 2019 Feature Articles, Lead Story Comments Off on Is PIDA the catalyst to spur infrastructure development in Africa? 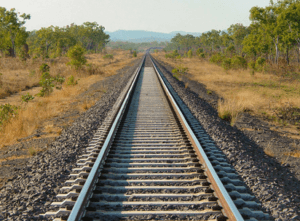 Africa has more than 1.2 billion people, majority of them young and restless. And while the continent holds more than 60 of the world’s precious metals, largely mined and exported as raw materials, the continent’s potential hasn’t been fully exploited to benefit its citizens. Additionally, the continent has infrastructure deficits that are slowing down economic and social development.

The African Development Bank reports that new estimates suggest Africa’s infrastructure needs amount to $130–170 billion a year, with a financing gap in the range of $68–$108 billion. It adds that those figures are far higher than previous estimates of $93 billion in annual needs and annual financing gaps of $31 billion published by Agence Française de Développement and the World Bank.

The linkage between infrastructure and development is a well-established fact. Infrastructure development in Africa can facilitate economic and social growth. The African Economic Outlook 2018 argues that the positive impact of infrastructure on economic growth and inclusive social development has been well documented by researchers in several social science disciplines.

“Infrastructure affects productivity and output directly as part of GDP formation and as an input to the production function of other sectors. And it does so indirectly by reducing transaction and other costs, thus allowing a more efficient use of conventional productive inputs,” it says among other things.

In pursuit of infrastructure development in Africa, the Programme for Infrastructure Development in Africa (PIDA) was initiated by the African Union Commission (AUC), the African Union Development Agency (AUDA)/NEPAD, the African Development Bank and the United Nations Economic Commission for Africa (UNECA) in 2012. PIDA was approved by the AU Assembly (Assembly/AU/Decl.2 (XVIII)) during the 18th ordinary session in Addis Ababa, Ethiopia, January 29 to 30, 2012. It is dedicated to facilitating continental integration through improved regional infrastructure, it is positioned to build on master plans and priorities of the Regional Economic Communities. It is aimed at closing the gap in energy, transport, information & communication technology and water (Trans-boundary).

The PIDA initiative considers that there is urgent need to enhance access to transport, energy and water infrastructure and services, for the majority of the African population as well as access to electronic applications (eg, e-education, e-health).

According to the AU, the priority Action Plan (PIDA-PAP) comprises 51 programmes and projects decomposed into about 433 projects covering the sectors and it will allow countries to meet forecast demand for infrastructure services and boost competitiveness by: (i) Increasing efficiencies; (ii) Accelerating growth; (iii) Facilitating integration in the world economy; (iv) Improving living standards and; (v) Unleashing intra-African trade.

The AU indicates further that the overall strategic objective of PIDA aims at accelerating the regional integration of the continent and to act as a springboard for growth and prosperity.

During a presentation at the ongoing PIDA Journalists Network in Brazzaville, Congo, September 3 to 5, 2019, Yagouba Traore of the Chief Infrastructure Unit of the initiative outlined some important information about some key PIDA projects and their current statuses.

He noted that 26 per cent of the projects are from concept to pre-feasibility or feasibility phases, 17 per cent are currently being structured for tendering, and 35 per cent (143 projects) are either under construction or are already operational.

He added that PIDA has produced some development impacts so far: Some 16,066km of road has been built throughout the continent; 4,077km of railway has been constructed; and in the energy sector, a total transmission line capacity of approximately 3,506km has been added.

In the ICT sector, he said a total of 17 countries are connected with regional fibre optic cables and some 112,900 jobs were directly and 49,400 indirectly created through constructed and operational PIDA projects.

In the transport sector, PIDA has launched the Single African Air Transport Market under the Yamoussoukro Declaration; the development of the SMART Corridor guideline and the Addis Ababa-Djibouti Railway project; in the Energy sector, the Kaleta Dam producing 240MW of energy has been completed, the Grand Renaissance Dam to produce 6000MW of power is under construction.

In the ICT sector, some 38 countries have set up an Internet Exchange Point; Policy and Regulation for Digital Africa (PRIDA) has begun and funding has been secured for the Fomi project, while the Lesotho HWP Phase II – water transfer component – was launched in March 2014.

While PIDA is an ambitious programme, when executed with focus, dedication and the political will, it would spur rapid infrastructure development in Africa, lead to integration, and stimulate economic growth that has the potential to improve job creation for the continent’s young.

By Emmanuel K. Dogbevi, in Brazzaville, Congo
Copyright ©2019 by Creative Imaginations Publicity
All rights reserved. This article or any portion thereof may not be reproduced or used in any manner whatsoever without the express written permission of the publisher except for the use of brief quotations in reviews. 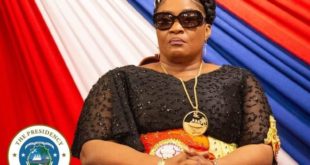 Oga! Gone, but not forgotten

And I heard a great voice out of heaven saying, behold… “God shall wipe away …