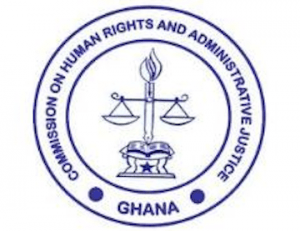 The Commission on Human Rights and Administrative Justice (CHRAJ) has called on the public to support the government, in the fight against corruption by reporting corrupt officials in the public sector.

“As patriotic citizens we must do our best to report corrupt officials and activities going on in the public sector for the law to deal with them decisively,” Hajia Halimatu Nuhu, the Bono, Bono East and Ahafo Regional Director of CHRAJ, said.

She expressed regret that despite several interventions put in place by anti-corruption agencies towards fighting the menace, corruption was still rife in the public sector.

At a focus group discussion on accountability and environmental governance, held in Sunyani, Hajia Nuhu assured the public of the confidentiality of informants.

She said in some cases rewards were made available for people who helped to expose corrupt activities in the public sector.

It focused on the role that citizens and stakeholders could play, to promote good governance, reduce corruption, improve accountability and ensure compliance with rules and regulations at every level of society.

Mrs Doris Gbongo, the Bono, Bono East and Ahafo Regional Director of the NCCE, said if citizens knew and understood their civic rights and obligations, they would be able to support the fight against corruption.

She lauded the collaboration of the National Accountability, Rule of Law and Anti-corruption Programme (ARAP) and the EU, saying as the nation’s development partners played their part, citizens ought to contribute meaningfully towards fighting the societal canker.