Textiles companies give government one week ultimatum to implement measures

September 3, 2019 General News Comments Off on Textiles companies give government one week ultimatum to implement measures 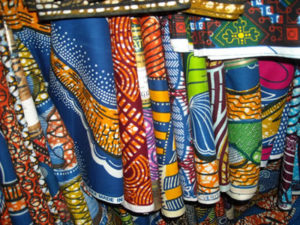 The Coalition of Textile Workers in Ghana on Monday issued a one-week ultimatum to government to implement control measures against counterfeiting, piracy and smuggling of textiles into the country.

The Coalition, announcing this at a press conference, said “the coalition after this conference would wait for a week for government to start the implementation of the major measures agreed by all the stakeholders, or else the coalition would advise itself”.

The coalition is made up of workers of Tex Styles Ghana Limited (GTP), Akosombo Textiles Limited, Printex and Volta Star.

Mr John Ackon, Secretary of the Coalition, addressing the media, said the Ministry of Trade and Industry had woefully failed to implement  seven major measures agreed upon to curb counterfeiting, piracy and smuggling of inferior textiles into Ghana.

Mr Ackon noted that the measures included the introduction of tax stamps, use of Tema Port as a single corridor for all imported textiles into the country, establishment of vetting committee to vet all textiles designs before its importation to the country.

Other measures were: the establishment of a joint taskforce to go into the market for monitoring and evaluation of the deadline given to the traders to deplete their pirated and smuggled stock of textile products and having a stimulus package for some of the companies.

He also mentioned foreign textiles import restrictions into the country and the establishment of a procurement policy backed by legislation to ensure that all government agencies order their uniforms from the local industry.

According to them, even though several dates had been given by the Ministry to implement the measures, nothing was done adding that “nothing happened on these dates except to announce another date, 1st January 2019 with the reason that the tax stamp law for the textile industry had not been finalized and also to allow the market traders perpetuating the crime of selling the pirated fabrics to clear their smuggled stock, which also did not take place”.

Mr Seth Mawuenyagah, Chairman of the Coalition on his part, said the actions of government was collapsing local textile producers as people pirated their designs, print and smuggle it into the country.

Mr Mawuenyagah said workers were distraught about their fate concerning their job security in the textile manufacturing industry if these measures are not implemented to safeguard the remaining four companies which currently had about 5,000 employees.

He indicated that failure by successive governments to implement such measures had led to about 2,500 workers previously employed in the textile-manufacturing sector losing their jobs after the collapse of their companies.