Cashew nuts up Ghana’s earnings from Non-Traditional Exports to $2.8b in 2018 – GEPA 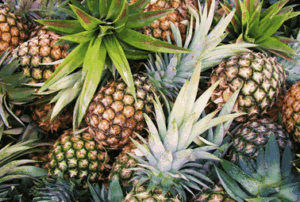 Cashew nuts push Ghana’s earnings from Non-Traditional Exports (NTEs) up 10 per cent year on year in 2018.

Presenting the figures at the Launch of the Report on Analysis of 2018 Non-Traditional Export Statistics, Mr Samuel Dentu, Deputy Chief Executive, Operations and Finance GEPA, said the excellent results in 2018 was due mainly to an increase in the exports of cashew nuts.

In December 2017, the GEPA launched a pilot mass spraying and distribution of grafted seedlings programme in the Brong-Ahafo Region aimed to spray about 70,000 acres annually and to increase production.

On the performance by the various sub-sectors, processed and semi-processed saw a marginal growth to $2.208 billion, representing a 4.92 per cent rise in 2018 over the 2017 earnings to retain its place as the leading sub-sector with a contribution of 78.53 per cent to total NTE earnings in 2018.

Mr Dentu said the overall growth in the industrial art and Craft sub-sector in 2018 was due to extensive research and marketing of ceramics products in the ECOWAS sub-region and focused efforts at taking advantage of ECOWAS Trade Liberalisation Scheme by four manufacturers of ceramic tiles.

In the year under review, NTEs were exported to 151 countries. The European Union was the key market for NTEs with 41 per cent and a value of $1.14 billion, a growth of 5.47 per cent.

ECOWAS placed second with a value of $741.6 million, a contribution of 26.36 per cent of total NTEs earnings. The performance show a growth of 20.16 per cent due to a resurgence in the demand for lubricants from the sub-region.

On country-by-country basis, Netherlands emerged as the lead destination for NTEs with $430.207 million, followed by Burkina Faso with $238.163 million.

Commenting on the performance, Madam Afua Asabea Asare, Chief Executive Officer GEPA, said the Authority would sustain the various initiatives, including; training of producers, to ensure that the Authority achieved its target of over $5 billion by 2021.

Christianity means sacrificing for a worthy cause – Very Rev. Sam