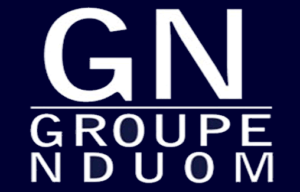 Shareholders and Management of GN Savings Limited, say they have not received any official communication from the Bank of Ghana (BOG) about the revocation of the company’s license for insolvency.

This was contained in a press statement signed by Dr. Papa Kwesi Nduom, Chairman and Chief Executive Officer (CEO) of Groupe Nduom, majority shareholders and founders of the Savings Company.

It said it had come to their attention that documents were circulating that purport to be from the BoG, regarding receivership of GN Savings, and that “if these documents are indeed genuine” they could not be true for their company.

It added that “the statements within, regarding GN Savings are wildly inaccurate”, considering the detailed information provided the Central Bank nearly a year ago.

“These statements are inconsistent with our discussions with both the BOG and the Ministry of Finance (MoF). We are aware that the MoF has previously confirmed that balances due GN Savings and other related parties are far in excess of the amounts quoted in the communication from the BoG,” the statement said.

Their position, It said, was that “GN Savings is not only solvent, but would be highly liquid, if the MoF simply ordered itself and other government agencies to quickly pay amounts owed to GN Savings and other related entities.”

The Savings and Loans company said it expects the matter to be resolved in due course and called for calm among customers and all stakeholders.