Government says 300 dams under 1V1D being constructed in three regions 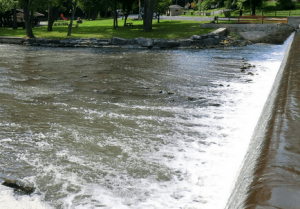 Government has announced that 300 dams under the One Village, One Dam (1V1D) programme are being constructed in three regions of the North to provide all-year round water for irrigation farming.

A statement issued and signed by Mr Kojo Oppong Nkrumah, the Minister of Information on Sunday, said all the dams under construction conformed to specifications.

It said upon completion, each dam is estimated to contain in excess of 30,000 cubic metres of water sufficient to serve the purpose of the beneficiary communities.

It said the 1V1D programme had strong monitoring framework to ensure adherence to technical and security specifications.

It, therefore, urged the public to disregard the propaganda and casting of aspersions on the programme by the opposition National Democratic Congress, and should rather propose alternative programmes that would solve the irrigation challenges in the three regions.

It said the Akufo-Addo administration remained focused to deliver on its flagship programme including; the Free Senior High School, One District, One Factory and Planting for Food and Jobs.

Ghana government urged to revisit decision on discipline in schools