Ghana urged to do more about HIV stigma 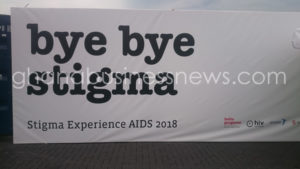 Madam Comfort Asamoah-Adu, Executive Director of the West Africa Programme to Combat AIDs and STIs (WAPCAS), an NGO, said the issue of stigma and discrimination keep eroding any successes that Ghana was making in the fight against HIV, especially among key population.

Madam Asamoah-Adu said there was still a high level of HIV stigma at the community and the health facility level, and in the general population, and so her organisation was working in communities and in some facilities, to help reduce such stigma through various capacity building activities, and sensitisation in partnership with traditional leaders and community members.

WAPCAS, is a CSO, which has been working in Ghana for the past 23 years, providing services in the areas of HIV and reproductive health, as well as tuberculosis for key populations and other groups in selected Ghanaian communities in the Greater Accra, Eastern, Western, Brong Ahafo and the Ashanti Regions.

Speaking to the Ghana News Agency on the side-lines of a review workshop held in Accra, Madam Asamoah-Adu said the Organisation in 2018 became the sole recipient of the Global Fund support to provide health services for key population and Persons living with HIV and AIDS in Ghana, promoting their human rights and other community system strengthening activities in some 33 districts.

The meeting was a CSO engagement to inform participants of the activities of WAPCAS and solicit their support and suggestions that would improve the work.

Madam Asamoah-Adu said the organisation was also providing technical and financial support for other CSOs including the Hope for Future Generations (HFFG), and Pro-link Ghana so they would also implement part of the projects.

She said the project that started in 2018 would end in 2020, providing services for the key population in 20 districts, was being run to support the National TB Programme and the National HIV Control programme.

She explained that the projects offer capacity building and community strengthening among Persons Living with HIV, TB patients and key population “so that they can freely access services at the health facilities”.

She said STI management at different levels were also being done, while community HIV testing and management was being carried out to help halt the spread of new HIV infections.

Madam Asamoah-Adu said as part of the way forward, further media engagement would be organized to deepen the understanding of the issues, so the media could support with the campaign of killing stigmatisation, while the CSOs were reviving their advocacy among all levels to help reduce stigma.

Mrs Cecelia Senoo, Executive Director of Hope for Future Generations, said her organisation as a sub-recipient of the Support, had together with WAPCAs been implementing the programme over the past six months.

She said the meeting therefore, provided the players the needed feedback and inputs to help support the implementation and improve the work being done.

Two in custody for registering foreigners to write 2019 BECE