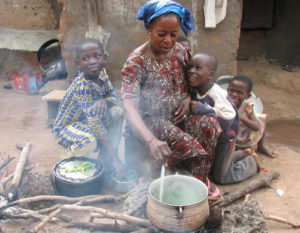 The study conducted by the Health Effects Institute (HEI) – a nonprofit independent research organization established to provide high-quality, impartial, and relevant science on the effects of air pollution on health, also included scientists from Ghana, Canada, India, the United Kingdom, and the United States.

A press release from HEI copied to ghanabusinessnews.com, says the authors reported that household air pollution from the burning of solid fuels, for example, wood, coal, charcoal, and other biomass for cooking contributes to nearly 10,000 deaths each year in Ghana.

“It is the 7th leading risk factor for premature mortality in Ghana where approximately 73 per cent of the population relies on solid fuels for cooking. Household solid fuel use (including cooking, lighting, and heating) is a major contributor to the levels of outdoor fine particulate matter that Ghanaians breathe; one study suggests it contributed nearly 65 per cent of the primary particulate matter emissions in the country in 2010,” it said.

The findings, the authors say are also likely to apply more broadly to household air pollution throughout sub-Saharan Africa where 80 per cent of the population relies on solid fuels for cooking.

“At the same time, the Working Group identified several practical opportunities to better document and address this problem, including expansion of the air quality monitoring programme and better data collection practices for major sources of air pollution, as well as enhanced coordination among the several analysis efforts underway in Ghana,” the release said.

By Emmanuel K. Dogbevi
Copyright ©2019 by Creative Imaginations Publicity
All rights reserved. This article or any portion thereof may not be reproduced or used in any manner whatsoever without the express written permission of the publisher except for the use of brief quotations in reviews.