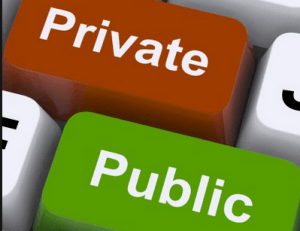 Participants at a workshop on the adoption of the Public Private Partnership (PPP) in education have called on the Ministry of Education to adopt successful local examples of local PPP in education.

The participants cited the example of Adweso Trinity Presbyterian Model School near Koforidua where through partnership between Ghana Education Service (GES), the Presbyterian Church and parents, a public school that started with a six unit pavilion, has been turned into an 18 classrooms school.

It also has a storey-building, Junior High School (JHS) block, head teachers office, a staff common room and an Information Technology (IT) laboratory within the current government expenditure on education.

The school is also one of the best schools in the Koforidua Municipality.

The participants called for the depoliticisation of the GES so that the service could state its opinion and take positions on the policies of government on education.

They also called for the signing of performance contract by head teachers of basic schools to serve as a standard for measuring their performance.

The participants suggested regular training of head teachers in school management and early release of capitation grants to resource public schools to be able to perform.

The group called for education of parents to play their role in the education of their wards and urged the government to speed up the handing over of mission schools to the religious organizations in the country.

This was contained in the decisions arrived at by the participants at a workshop organized by the Ghana National Education Campaign Coalition (GNECC) for selected media personnel, stakeholders in education and civic society organizations on the Ghana Partnership on Schools (GPS) policy of the government at Koforidua.

The workshop was organised under the project to address inequalities in Ghana’s basic education system with the aim at achieving the sustainable development in goal four.

Speaking at the workshop, Ms Veronica O. Dzeagu, the Coordinator for GNECC explained that the PPP programme in education are being funded by the World Bank and other international organizations with the aim of improving learning outcomes to  promote an innovative solutions in education in public schools.

She said, under a similar project which was being adopted for implementation on a pilot project in September this year in 100 public schools across the country, the management of the selected schools would be handed over to private management companies.

She said the private managers under the project could establish their own boards of directors for the schools that they would be managing, and would be expected to bring in their own investment to support the government grants.

She said , however,  research by the GNECC in countries where such schemes had been adopted indicate that in most  cases, the private management companies  did not inject any money into the scheme and rather depended on the government subvention to the schools.

She said the system also did not give equal access to all categories of pupils.

Mr Haruna Abedi, National President of GNECC called for extensive discussions on the adoption of PPP in education for all stakeholders to be abreast with the contents of the programme.

Police arrests five for forcibly removing DCE from his office