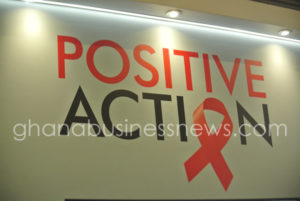 The 13th International Conference on HIV Treatment, Pathogenesis, and Prevention Research in Resource-Limited Settings (INTEREST), has been described as a great success towards accelerating the needed science and research to address Africa’s peculiar health needs.

Reflections by the Chairpersons at the close of the annual international scientific conference on HIV in Africa, which has been underway in Accra since Tuesday, May 14, 2019, indicated that the event had been the biggest so far in the history of the INTEREST Conferences since its institution in 2007.

Professor Kwasi Torpey, a Senior Lecturer at the University Of Ghana College of Health Sciences, and the Local Co-Chair of the 2019 INTEREST Conference, at the closing ceremony on Friday, said having 724 participants including world-renowned HIV experts and young African researchers from 42 countries around the world, and accepting 613 (Oral and Poster) scientific Abstracts was phenomenal.

Ms Silvia Mwanza, an Early Career African Scientist from Zambia, won the Joep Lange INTEREST Award for the top scoring abstract, and got funding to take part in the next Conference among other supports.

He indicated that Ghana was the fourth country with the highest number of abstracts submitted, but the only thing was that a lot of these presentations were not in the Oral, but on the Posters.

He thanked all the participants and members of the Organizing Committee for their hard work which yielded the successes, and further, the sponsors for their support, and also the Government of Ghana for hosting the programme.

He said the occasion had been a marathon of learning from the several research abstracts presented, and moments of sharing of experiences, best practices and lessons from a wide range of countries in both Europe and Africa.

Prof. Torpey explained that the idea of INTEREST is to build the capacity of frontline healthcare workers and implementers, so the presentations were carefully chosen for the benefit of all countries.

It offered a cross-learning opportunity especially in the use of proven technologies by countries who are far ahead in their HIV interventions, to see how others could use such knowledge to improve upon their programmes.

He said one of the major challenges identified by almost all the African countries was the limited funding, saying although Ghana does a lot of research on HIV, there was the need to look at the nature and level of the epidemic, which was high in the Eastern and Southern African countries, where investment of resources into programmes compared to Ghana has been higher due to “our smaller disease prevalence rate and smaller programme”.

“Although Ghana has some resources which cannot be compared to that of other countries because its programme was smaller, we still believe that despite the low prevalence rate, there are important elements to be learnt,” he said.

Prof. Torpey said this was because the UNAIDS data had shown that East and Southern Africa were marching strongly towards the 90-90-90 global targets, while West and Central Africa including Ghana, were lagging behind.

He said it was one of the key reasons why the INTEREST Conference was held in Ghana, to provide a greater opportunity to a wide range of health workers within the Ghana Health Service, the private sector and non-governmental organisations, to learn from what others were doing right in order to help advance their programmes.

He said Ghana is doing well, but there is the need to do more for better results to be achieved in terms of moving towards epidemic control.

Prof. Elly Katabira from the Makerere University of Uganda who was also a Co-Chair of the 13th INTEREST Conference, called for increased dedication of all in the fight towards the elimination of HIV and AIDS in Africa and globally.

He challenged young scientists to also do more to change the face of research by coming up with more practical tools to complement existing strategies to end the spread of HIV, getting more people to know their status, providing the needed treatment and sustaining those who test positive to adhere to treatment regimes.