Home / Feature Articles / The Thinknovate Page / Speak up: We all can be mental illness patients

Speak up: We all can be mental illness patients

April 30, 2019 The Thinknovate Page Comments Off on Speak up: We all can be mental illness patients 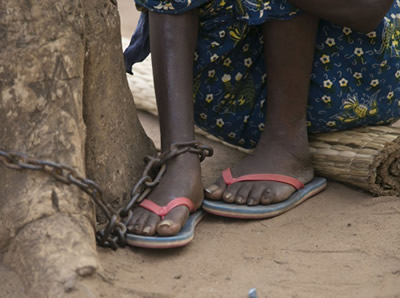 “Overall, the evidence suggests that liking continues to increase as people are exposed to an idea between ten and twenty times, with additional exposure still useful for more complex ideas.” Adam Grant argues in Originals.

I have considerable reason to argue that the aforementioned quote holds true in Ghana, with regards to mental health. Acceptance and conformity seem to increase the more we get exposed to norms and ideas. For as long as I have lived, conversations around this area of health has been a taboo subject and are frowned upon by even the supposedly enlightened. In recent times, however, efforts have been made by some to bring the conversation around this subject into the mainstream. I must admit that even as a student, those who lectured in this area were called names and claimed to suffer from one mental health condition or the other. In most cases, derogatory comments were made. The result is that many health professionals much early in their training opted out of specializing in this area.

Thus, the health human resource in this area leaves much to be desired. Anecdotal evidence has it that mental health nurses have the highest attrition rate with many abandoning health altogether or opting for other areas in the nursing profession. Sadly, when it comes to financial resourcing, mental health is the least catered for among all the health disciplines. The Draft Health Policy for Ghana indicates that about 10 per cent of the population suffers from a mental health condition at any point in time. I have struggled to accept this figure as our total mental health burden based on the simple information that, worldwide depression and anxiety disorders are responsible for more than 10 per cent of the global disease burden. Thus, upon adding other forms of mental health conditions such as bipolar disorder, the figure creeps to the region of 20 -25 per cent. This assertion is supported by data from the World Health Organisation (WHO) which indicates that “one in four people in the world will be affected by mental or neurological disorders at some point in their lives, placing mental disorders among the leading causes of ill-health and disability worldwide.”

For the purpose of this piece however, I will base all calculations on the official government numbers. With the current population of 30 million, at any one time, three million of us are battling with a mental health condition. Yet in 2018 out of GH¢58 million budgeted by the Mental Health Authority for the purchase of psychotropic medicines (medication capable of affecting the mind, emotions, and behaviour of humans), only GH¢3 million was approved. Interestingly of this amount, only GH¢1.6 million worth of psychotropic medicines was procured, which represents 0.145 per cent of Ghana’s total healthcare budget.

Doing the math, it means our government approved GH¢1 for the entire year for medicines to manage each patient and ended up procuring GH¢0.53 for that purpose. With their own data on the mental health patient burden, how did they expect the professional caregivers of these patients to provide any decent medicines management regime? Only those with tainted eyes can answer. The rude irony is that comparatively, medicines for mental health are amongst the priciest pharmaceuticals that are routinely dispensed. Any practising pharmacist can attest to the fact that in many developed countries, anti-depressants are among the most routinely prescribed and dispensed medicines. Estimates indicate that the average cost of dispensing these products on a monthly basis is around $30.

Now let’s do some further off the cuff arithmetic using official government numbers. If the information in the draft National Health Policy is to be believed that 10 per cent of us have mental health issues at any time and bearing in mind that ill health is normally distributed; then in our House of Parliament, among the 280 Members of Parliament (MPs), at any time we have 28 MPs who are mentally challenged. Likewise, among the 123 ministers and deputies, an average of 12 will be grappling with mental health challenges. I leave readers to do the calculation on averagely how many potential mental health sufferers sit in cabinet and take decisions critical to the destiny of this country.  To use the more plausible figure of 25 per cent for such arithmetic may drum home these numbers better.

Yet all these people bury their heads in the sand, preferring to carry on in life as though it is business as usual. In their silence, they become conduits in presiding over decisions that turn humans otherwise capable of functioning normally into paupers and social misfits. If there was any time, I felt strongly that a leading political light with mental health challenges must speak up then it is now. I say so because our politicians have become a bunch of people in denial about what goes on in our society, even though in the end we find out that they are at the receiving end of some of the ills they choose to ignore. I will not be surprised if among themselves they are aware of those taking anti-depressants and anti-psychotics. I will also not be surprised that due to the societal stigmatisation of mental health and the conspiracy of neglect that officialdom has afflicted it with, many of them shy away from local pharmacies and are obtaining their medication beyond the shores of this country.

In 2018, Scottish Conservative leader, Ruth Davidson spoke openly about going into “a total tailspin” after a boy she knew killed himself. At 17, she said that she started hurting herself, punching walls, cutting her stomach and arms with blades or broken glass. When she was 18, she was diagnosed with clinical depression. This openness was praised by many including mental health experts, campaigners and MPs. Apart from that, she used her personal experience to campaign vigorously for better funding of mental health. Her argument being, if she had managed to get to the very top following her teenage wobble, it will be disingenuous for society to allow anyone to perish due to mental health. The approach worked and mental health in Scotland received a significant financial and human resource boost. Though her case is recent, others such as United Kingdom MPs Charles Walker and Kevan Jones had spoken openly about their mental health challenges back in 2012. Other examples can be sighted in many other countries.

Are our politicians saying they are the purest breed and that none of them has gone through or is going through an episode of mental health decline? If that is the case can it not be argued that the saying “politicians reflect the society from which they are elected” is flawed? When will this incipient hypocrisy of our society be lifted and result in us speaking openly about our real health challenges? I personally know a prominent public figure who suffered a total mental collapse in our days on The Adisadel Hill and believe that many of you will have personal experiences of such occurrences. Maybe, just maybe, we need to start nudging these individuals to begin speaking out and make their voices heard. In my view, it is only then that we will have come full circle and will be prepared to have conversations around mental health in the open and begin to find ways of genuinely resourcing this area of health provision.

Like Jim Yong Kim, immediate past President of the World Bank, announced publicly in 2016, addressing mental health is a global imperative. Hear him out, “This is not just a public health issue – it’s a development issue. We need to act now because the lost productivity is something the global economy simply cannot afford.”

In my view, Ghana is no different. We cannot continue to lose valuable human resources to the scourge of mental health and be taken seriously as a country interested in transformational development. The truth is, I am not convinced that those of us who practice health have arisen to this reality. The last time I checked, mental health had been used as a reason to subjugate a nonconformist doctor into poverty with medical professionals who should know better refusing to reinstate him even when the judiciary had spoken eloquently on the matter. This is a clear case of mental health becoming a tool for man’s show of cruelty to another man.