Comparatively, he noted, Ghana’s economy was doing far better than other Africa countries.

The Ambassador made the observation when he paid a courtesy call on the Central Regional Minister, Mr. Kwamena Duncan as part of his working visit to the region on Tuesday.

The discussion between the two focused mainly on attracting Chinese investors to the most peaceful region in Ghana during which he expressed shock that despite its good investment environment and tourist resources, investors were not attracted to the Region.

Mr. Wang indicated that Chinese investments was not as many in the region as in other regions even though Central was “peaceful with fertile land and lovely people”.

Consequently, he has pledged to encourage more Chinese investors to consider exploring the many investment opportunities in the region for mutual benefits.

“The Central region is very famous. We have the Cape Coast castle which is a historical monument   I believe that in future, there will be more Chinese companies working in the Central Region and I am looking forward to it”, Mr. Wang added

The Ambassador expressed the readiness of the Chinese Government to support the country to build a strong economy and pledged good working relations between the two countries for more progress.

He also commended the region for supporting and promoting the Confucius institute at the University of Cape Coast for the teaching and learning of the Chinese language in the region.

For his part, Mr. Duncan praised the Ambassador for his selfless services to the African continent which he said had yielded positive investment outcomes.

He also praised him for championing initiatives and other investments aimed at bridging the infrastructural deficit of the country and assured of a strong bond between Ghana and China.

The Minister called on the Confucius Institute to make arrangement for students of Senior High Schools in the region to undertake exchange programmes to learn Chinese language and culture. 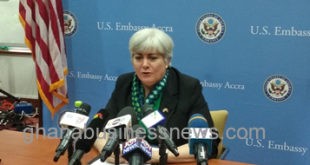 US government announces $4.2m co-investments with five companies in Ghana