Ghana to organize pre-housing and population census trial in May

April 11, 2019 General News Comments Off on Ghana to organize pre-housing and population census trial in May 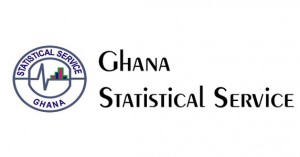 The Ghana Statistical Service (GSS) says it has scheduled May 2019 for its trial exercise for the 2020 housing and population census.

Professor Samuel Kobina Annim, the Government Statistician, who announced this in Accra, said the exercise is an important one as it would provide the basis for all activities of the GSS.

Prof Annim, speaking at a press conference, said the institution was looking forward to the day all the Consumer Price Index (CPI) and Producer Price Index (PPI) releases was underscored by the census.

He said Ghana between 2010 and 2020 had seen a lot of evolution of new areas so there was the need to get the housing and population census properly done to improve their market readings, living standards survey as well as demographic and health surveys to enable them have a solid and accurate data moving forward.

He said the GSS would move beyond just releasing the monthly inflation rates for the PPI and CPI to a more analytical report.

Prof Annim noted that it was important to appreciate the link between inflation and the key macro-economic variables such as the exchange rates, interest rates, poverty and unemployment as they are the major drivers of the economy.

He said inflation needed to be treated just as education within the social interventions paradigm as it underscores all the macro economic variables.

He assured that management was going to consolidate high standards of deliverables that the service had chalked over the period and more importantly add certain elements to ensure transparency.

This, he added, was a clear variation in the food items and therefore it is critical to further engage on the happenings in the region and as a result would embark on a re-basing exercise to address the situation.

He said there are huge regional variations in terms of commodities that are consumed and there was the need to adjust to the differentials.

Prof Annim assured Ghanaians that the GSS under his tenure would ensure high level of transparency, inclusiveness and interface their activities strongly with Information Communication Technology ICT to enhance their undertaking for efficiency.