March 6, 2019 Africa/International Comments Off on Three more ratifications to kickstart implementation of AfCFTA

Egypt’s Parliament has approved the ratification of the African Continental Free Trade Area (AfCFTA) agreement, bringing the total approvals to 19, of which 15 have already been deposited as the formal instrument with the African Union Commission Secretariat.

Mr Bakary Dosso, the Acting Director of Economic Commission for Africa Sub-Regional Office for West Africa (ECA-SRO/WA), in an interview with the Ghana News Agency, said only three more ratifications were needed for the implementation of the AFCFTA.

He said the pact would increase internal dynamics for integration and trade as well as implementing a better visibility for the African Development Agenda, which is in tandem with the African Union/United Nations Agenda 2030 in line with the Sustainable Development Goals.

The AfCFTA agreement aims to boost intra-African trade by making Africa a single market of 1.2 billion people with a cumulative Gross Domestic Product of over $3.4 trillion.

The UN Economic Commission for Africa (UNECA) estimates that the implementation of the agreement could increase intra-African trade by 52 per cent by 2022 (compared with trade levels in 2010) and double the share of intra-African trade (currently around 13 per cent of Africa’s exports) by the start of the next decade.

Among the AU member states that did not sign the pact is the Continent’s largest economy – Nigeria.

Botswana, Lesotho, Namibia, Zambia, Burundi, Eritrea, Benin, Sierra Leone and Guinea Bissau are the other member countries which are yet to sign.

Under the AfCFTA, governments commit to removing tariffs on 90 per cent of goods produced within the Continent, with the next step being to ratify the AfCFTA in their countries within the next six months.

It is also to expand intra-African trade through better harmonisation and coordination of trade liberalisation and facilitation across Regional Economic Communities (RECs) and across Africa.

The AFCFTA is to ensure competitiveness at the industry and enterprise level by exploiting opportunities for scale production, continental market access and better reallocation of resources.

According to a research paper published by the United Nations Conference on Trade and Development (UNCTAD) in February 2018, the AfCFTA offers many opportunities for sustainable development and economic growth in the African economies.

However not all countries will benefit to the same extent, and the gain of welfare benefits also implicates relevant costs and commitments.

A full Free Trade Agreement eliminating all tariffs in the AfCFTA could generate welfare gains of 16.1 billion dollars, at the cost of 4.1 billion dollars in trade revenue losses (representing 9.1 per cent of current tariff revenues).

GDP and employment are expected to grow by 0.97 per cent and 1.17 per cent respectively.

Intra-African trade growth is estimated at 33 per cent and the Continent’s trade deficit is expected to drop by 50.9 per cent.

Mr Batanai Clemence Chikwene, the Programme Management Officer, at the Economic Commission for Africa, said the next stage of the African Continental Free Trade Area conversation is to critically look at investment opportunities, intellectual property rights as well as electronic and data commerce.

He said protection of laws on privacy and data will decisively be addressed in the second phase of the framework agreement with member states.

African leaders held an Extraordinary Summit on the AfCFTA from March 17-21, 2018, in Kigali, Rwanda, which gave birth to the Agreement establishing the AfCFTA.

This was in addition to the Kigali Declaration and the Protocol to the Treaty Establishing the African Economic Community relating to the Free Movement of Persons, Right to Residence and Right to Establishment.

Initially, a total of 44 out of the 55 AU member states signed the consolidated text of the AfCFTA Agreement, 47 signed the Kigali Declaration and 30 signed the Protocol on Free Movement. 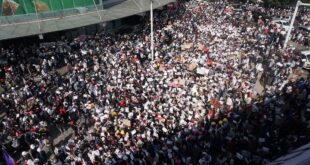 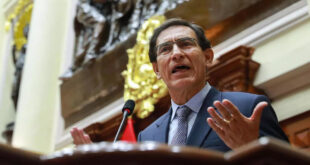