February 11, 2019 General News Comments Off on NGOs unwilling to operate in Biakoye – DCE 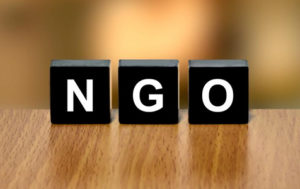 Madam Comfort Attah, the District Chief Executive of Biakoye in the Volta Region has expressed worry at the reluctance of Non-Governmental Organizations (NGOs) and Civil Society Organizations (CSOs) to extend their services to communities in the District.

She said the organizations had marked the area as a security zone due to the Alavanyo and Nkonya land dispute and abandoned the    communities.

She said this at a review of UNICEF’s Social Norms campaigns and Results Based Financing in Ho, attended by Municipal and District Chief Executives, campaign ambassadors and champions among other stakeholders.

“Though peace prevails in Biakoye, organisations are reluctant to undertake activities in the area”, she lamented.

Madam Atta said the Assembly was currently squeezed into a space that made administrative duties difficult, and called for support to fast track the Assembly’s the new office complex project.

She told the Ghana News Agency (GNA) on the sidelines of the review meeting that the District was in dire need of social services of NGOs and CSOs towards the improvement of education, health, water and sanitation in deprived communities in the District.

The Biakoye District places 13th out of 25 districts on the regional Open Defecation Free (ODF) league table, with 20 open defecation free communities out of a total of 317 communities.

The about a century old Alavanyo and Nkonya land dispute is said to have affected the quality of education in the two traditional areas and impacted negatively on health and social life of the people.