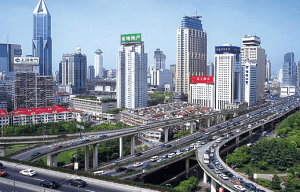 Farming in the Cape Coast Metropolis is being threatened by rapid urbanization, regardless of the fact that cities provide opportunities for rural smallholder farmers to raise their incomes by connecting to larger urban markets.

More than 30 major farming communities that served as the food basket for the over 169,894 people in the Metropolis have been turned into schools, hospitals, hostels, hotels, fuel stations and human settlements.

Speaking in an interview with the GNA, Mr William Henry Fordjour, the Metropolitan Director of Agriculture said the future of farming remained bleak if the encroachment on arable lands are not halted.

Currently, predominant farming settler communities such as Apewosika, Kwaprow, Nkanfoa, Ankaful and Esuekyir have no arable farmlands for crops and livestock rearing to support the livelihood of farmers.

“There is therefore the need for the Cape Coast Metropolitan Assembly to prioritize backyard garden, demarcate agriculture free zones, and institute stringent measures to give strong support to animal rearing and crops production”, He said.

“That is the way to avert any food crisis, increase farmers’ income to stem poverty and nutritional challenges to help bolster the country’s ability to manage and finance its strategic transition to self-reliance” the Agric Director add.

He acknowledged that cities are increasingly becoming “market engines” to the change in agriculture revolution, but without the investments that provide strong connections between urban and rural areas, smallholders will not be able to take advantage of the benefits.

It is estimated that by the year 2050, two-thirds of the world’s population will live in urban areas.

That coincides with an expected decline in rural population, which means communities worldwide will need to produce more food with fewer farmers to meet the growing caloric demands in cities.

That, Mr Fordjour explained is a daunting task for the world’s farmers as the Food and Agriculture Organization (FAO) estimated that global food production will need to increase by 60 percent by 2050 to meet population demands.

In that light, he advocated for an increased investment in modern agricultural technologies and inputs, alongside the use of communication technologies to increase output.

“That should be linked with mobile phones, and improvements in value chains – including cold storage, milling and access to supermarkets to increase the productivity of staple crops”. He said.

He admonished farmers to always buy their seeds from designated sources approved by the Ministry, adding that poor quality of seeds supplied by some seed producers have affected their produce and discouraged farmers.

He commended the Government’s commitment to revive the Agric sector and urged it to tackle the road infrastructure in rural areas across the country to facilitate easy transportation of goods and people.

Mr Fordjour pledged his outfit’s support to government’s well-thought-out agricultural policies tailored to meet the needs of the sector to ensure optimum performance for expected benefit to the citizenry.

The roll-out of the government policy like the “Planting for Food and Jobs” and “Planting for Export and Rural Development”, among others are to create job avenues for the youth, he explained.

According to the Director, since the implementation of the policy in 2017, it has given the sector a decisive impulse and ignited hope in the agriculture sector again.

Others are to provide job opportunities for the teeming unemployed youth and increase productivity of the selected crops including maize, soya beans, sorghum, and vegetables.