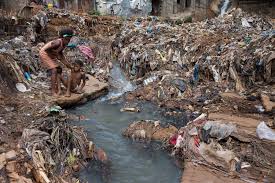 The Ashaiman Municipal Assembly (ASHMA), named him the sanitation ambassador at a special ceremony during which a citation was presented to the Ghanaian dancehall musician for his selfless and meritorious service to the Municipality.

Reading the citation, Mr. Albert Boakye Okyere, Ashaiman Municipal Chief Executive, noted that, the Ashaiman based musician had “put the name of Ashaiman on the global map through his music and artistry hence the need to appreciate his effort”.

Mr Okyere called on the youth to emulate the lifestyle of the musician and do something meaningful for themselves to earn decent living and respect.

Stone Bowy, on his part, expressed gratitude to the Ashaiman Municipal Assembly for the recognition and assured that would help to improve  sanitation in the area.

The Ghanaian dancehall artist noted that, “Ashaiman was a nice place and people from the area must be proud to mention it anywhere they found themselves”.

He advised residents to use available resources to make Ashaiman a safe haven for humanity.

He reminded residents that, bad sanitation practices could endanger the lives of innocent people and urged them to keep their communities clean and avoid diseases that cost so much to cure.