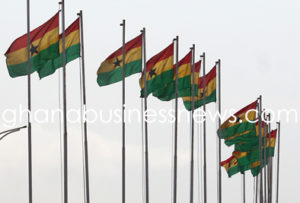 Ghana’s ranking on the Human Freedom Index for 2018 has improved. The country ranks an overall 57 in the world and fourth in sub-Saharan Africa, among 162 countries, an improvement from previous rankings. The country moved 10 spots up from the 2015-2016 rankings, according to the Index released recently.

On personal freedom, the country ranks an overall 46 in the world and ranks a high 98 on economic freedom.

Ghana has no records of journalists killed or jailed and so scored 10 on those indicators but scored 6.8 on political pressure and control of media.

The Human Freedom Index which is co-published by the Cato Institute, the Fraser Institute, and the Liberals Institut at the Friedrich Naumann Foundation for Freedom captures the state of human freedom in the world. It is based on a broad measure that includes personal, civil, and economic freedom.

According to the publishers, human freedom is a social concept that recognizes the dignity of individuals and is defined in the report as a negative liberty or the absence of coercive constraint. It notes that because freedom is inherently valuable and plays a role in human progress, it is worth measuring carefully.

“The Human Freedom Index is a resource that can help to more objectively observe relationships between freedom and other social and economic phenomena, as well as the ways in which the various dimensions of freedom interact with one another,” the authors wrote.

The publishers indicate that  the Index covers 162 countries for 2016, the most recent year for which sufficient data are available and it includes three countries-Belarus, Iraq, and Sudan-that were added this year. The index ranks countries beginning in 2008, the earliest year for which a robust enough index could be produced.

They explain that on a scale of 0 to 10, where 10 represents more freedom, the average human freedom rating for 162 countries in 2016 was 6.89. Among countries included in this year’s and last year’s report, the level of freedom decreased slightly (−0.01) compared with 2015, with 63 countries increasing their ratings and 87 decreasing. Since 2008, the level of global freedom has also decreased slightly (−0.06), with 56 countries in the index increasing their ratings and 81 decreasing.