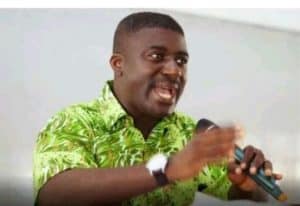 The Electoral Commission (EC) has debunked claims that an injunction has been placed on the upcoming referendum scheduled for Thursday, December 27th, 2018. The Commission in a statement signed by the EC Deputy Chairman in-charge of Corporate Services, Dr Eric Bossman Asare and copied to the Ghana News Agency, called on the public to disregard that information.

The statement said, some reports from a section of the media that an injunction has been placed on the upcoming referendum is not accurate

It said all arrangements are in place and the referendum will be held as scheduled on Thursday, the 27th of December.

“The Commission calls on all eligible voters in the affected areas of Bono East, Ahafo, North East, Savanna, Western North and Oti to go out in their numbers to cast their votes on Thursday, 27th December, 2018 from 0700 hours to 1700 hours.”

Meanwhile, the EC has announced that designated polling centres for the referendum, have been gazetted. A statement signed by the Chairperson, Jean Mensa, copied to the GNA said this was done on December 12.

It added that copies of the gazetted polling stations were available at both the Assembly Press and the Head Office of the Commission.