COP24: Africa’s case for climate funding and fossil fuels use

December 23, 2018 Africa/International Comments Off on COP24: Africa’s case for climate funding and fossil fuels use 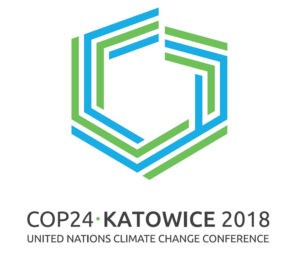 African countries at the recent 24th Conference of the Parties (COP24) to the UN Framework Convention on Climate Change held in Katowice, Poland made a strong case for more climate funding and the use of fossil fuels to aid their development.

According to the Paris Agreement, a new climate finance facility should be set up by 2050 and should go above the $100 billion, a year, promised to developing countries by 2020 by the developed countries.

Contributions are still way off the mark, and delegates agreed to start discussing this new goal at COP26 in November 2020.

The African Development Bank (AfDB), which took a leading role at COP24, said it was working closely with international climate funds as well as other partners to increase climate finance on the continent and to strengthen institutions to directly access such funds.

It was among nine multilateral development banks (MDBs) that issued a declaration announcing a joint framework for aligning their activities with the goals of the Paris Agreement, reinforcing their commitment to combat climate change.

The MDBs plan to break the joint approach down into practical work on six core Paris Alignment areas, including ramping up climate finance, capacity building support for countries and other clients, and an emphasis on climate reporting.

“Africa’s financial actors need to work together creatively to mobilise global financial resources at a scale that can support local innovation, and that drives climate-resilient and low-carbon development on the continent,” said Akinwumi Adesina, President of the Bank.

Barbara Buchner, the Executive Director for Climate Finance Programme at Climate Policy Initiative (CPI), speaking at a side event organised by the AfDB in Katowice, noted that although 14 per cent of the world’s’ population lived in sub-Saharan Africa, only three per cent of global climate finance flowed into Africa.

“Since its launching in 2014, the Global Innovation Lab for Climate Finance has launched 35 transformative solutions, collectively mobilising $1 billion in mitigation and adaptation efforts around the world,” she said.

“But financial solutions are not enough.

“We need the right – enabling environment to attract investment at scale.

“We’ve developed a programme with McKinsey to provide governments with legal, technical and financial support to allow this to happen.”

Again, the issue of fossil fuels was at the centre of COP24, with those for and against their use making their cases forcefully.

African countries that are rich in oil, gas and coal pushed for their use for national development.

Countries that possess fossil fuels argue that the focus should be on reducing emissions whatever way possible, including feasible technology that will enable those fuels to burn without emissions.

The AfDB has heeded the call by US President Donald Trump for MDBs to provide countries with funding to produce fossil fuels cleanly and efficiently.

The bank, which is now funding coal-fired projects, has noted: “We have to use what we have.”

In Poland, which hosted COP24, around 80 per cent of the country’s electricity currently comes from coal.

“There is no plan today to fully give up on coal,” Polish President, Andrzej Duda told the opening session of COP24.

The International Energy Agency Coal 2018 report said that global coal demand grew by one per cent in 2017 after two years of decline.

The rise was chiefly driven by global economic growth, it said, while pointing out that despite recent growth, demand was still below “peak” levels of 2014.

At the AfDB side meeting, Chebet Maikut of Uganda’s Ministry of Water and Environment said that the country had prioritised oil and gas as key sectors to spark socio-economic development.

He added that Uganda was committed to reducing emissions from oil and gas by 22 per cent by 2030.

Over the last 30 years, fossil fuels have consistently provided 81 per cent of the energy consumed in the world.

With this in mind, carbon capture use and storage (CCUS) enjoyed an increased focus at   COP24 compared with previous years.

Several events were organised that looked at its role in meeting the “well below two-degree” – aim of the Paris Agreement, as well as how countries were moving towards CCUS use.

Over the past few months, the London-based World Coal Association (WCA) launched two reports outlining the importance of CCUS to achieving countries’ individual climate targets and the defining role global financial institutions can play in this process.

“Reducing emissions from coal: A role for the World Bank” was published in October and urged multilateral banks to reform their policies on coal financing and support coal-dependent countries in developing concrete steps towards a zero emissions pathway, including the use of CCUS.

Then last month, the “Driving CCUS deployment: The pathway to zero emissions from coal” report called for a concerted international commitment on advancing the technology, to ensure it was used at the scale needed to meet Paris Agreement goals.

The implementing guidelines of the Paris Agreement, known as the “Paris rulebook”, are now in place after the two weeks of discussions in Katowice.

COP25 is due to take place in Latin America and the Caribbean, and Brazil was the decided location until it withdrew its candidacy in November.

Meanwhile, the UK and Italy have both expressed their interest in hosting COP26 in 2020. This is seen as a crucial because that is when countries have been asked to submit their next round of climate pledges for 2030.