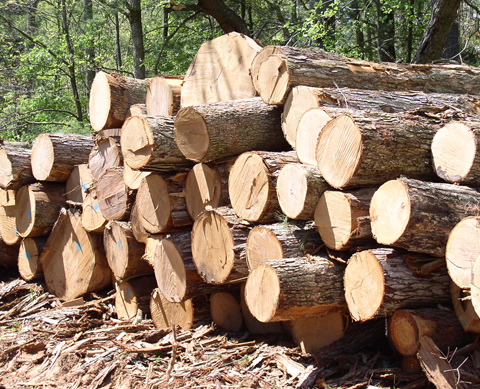 Dr John Akparep, a researcher and senior lecturer at the University of Development Studies, has called for the establishment of a national taskforce to fight illegal chainsaw operations and preserve the nation’s forest resources.

The taskforce would intensify surveillance on the shoulders of forest reserves and combat illegal timber logging which is depleting forest resources and affecting national biodiversity, he said.

Speaking at a stakeholders’ workshop on Tuesday at Dumasua in the Sunyani West District, Dr Akparep said agriculture as the bedrock of Ghana’s economy was largely dependent on the strength of the nation’s forest and trees which was fast getting destroyed.

He said with emphasis of cash crop farming, agriculture remains the main driving force of Ghana’s economy as it accounted for approximately 42 per cent of the country’s Gross Domestic Product (GDP) and also employs 54 per cent of national workforce.

Hence the need to protect and conserve cash crops from destructive human activities for sustainable use, he said.

The workshop was organised by the Ghana Association of Commercial Tree Growers and Cash Crops (GACTACC), with support from the Business Sector Advocacy Challenge Fund (BUSAC).

It is in line with a project dubbed “advocating for conservation of cash crops and trees against illegal lumbering for sustainable use” being implemented by the Association with funding from BUSAC fund and its partners.

Attended by representatives from the Forestry Commission (FC), stool lands, civil society organisations, and the Environmental Protection Agency (EPA), the workshop created opportunity and a platform for the participants to brainstorm on the effective way of protecting national forest reserves and cash crops.

He said cash crops such as cocoa, cashew, oil palm, acacia, mangoes, coffee, rubber and moringa farms were threatened due to forest destruction, adding that if the situation was not brought under control, the country would suffer in the long term.

Mr Joseph Yeboah, the Chairman of the GACTACC, said annual average earnings of farmers engaged in cash crops were declining due to tropical deforestation.

He lauded the BUSAC fund for the support, and appealed to residents of forest fringe communities to help prevent the menace of illegal lumbering and other negative environmental practices and arrest the perpetrators involved.