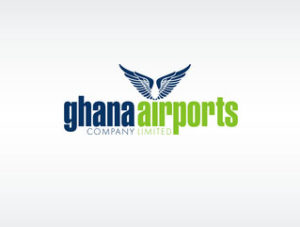 The Ghana Airports Company Limited (GACL) on Tuesday said it has applied to the Ghana Revenue Authority (GRA) to allow it to prepare its accounts in dollars to address the effects of currency depreciations on its profit margins.

Mr John Dekyem Attafuah, Managing Director of the GACL, said a large part of its revenue was in dollars, thus the depreciations of the Cedi affected its business as well as the loans it took to undertake projects.

Speaking at the 6th Annual General Meeting of the GACL held in Accra, Mr Attafuah said preparing the accounts in dollars will help the company to see its real value, without the impact of cedi fluctuations.

He explained that in instances of cedi fluctuations, a loan of $100, which is the equivalent of GH¢500.00 for instance, when reviewed, may go up to GH¢600.00, even though the money had not been spent.

The increase of GH¢100.00 then adds on to its costs, making the company less profitable.
“But if you pay in dollars, which of course the laws allow, we could then report realistically on our operations,” he said, adding “…remember almost 87 per cent of our income is in dollars, it’s all aeronautical, the 15 or so per cent that we take locally is the non-aeronautical bit and therefore effectively we are an offshore company”.

He said the company was yet to receive any feedback from the GRA on their request.

Presenting the operational and financial performance of the GACL, Mr Attafuah noted that, while the company continued to operate profitably, its profit before tax of GH¢87 million in the year ended December 31, 2017, was 43 per cent lower than the 2016 figure of GH¢153 million.

He said management was confident that, despite the uncertainties and challenges in 2017, the completion of Terminal 3 will create opportunities for further growth.

Mrs. Oboshie Sai Cofie, Board Chair of the GACL, said the company’s report for the year under review affirmed the commitment of the Board, management and staff of the GACL to sustain its strong performance despite notable challenges on the economic front.

She said while the net profit was not momentous compared to recent past years, the company had showed resilience by posting an impressive total revenue of over GH¢440 million, which was 21 per cent above the previous year’s.

She noted that, the company had seen record passenger volumes, air traffic movements, and freight in the year under review, in spite of market uncertainties.

“Stated Capital went up to GH¢4.855 billion in 2017, from GH¢1 million in 2016, representing an increase of GH¢4.84 billion,” she said, noting that, this was the result of several transfers into its stated capital account during the year.

An amount of GH¢1.6 billion was transferred from its income surplus, GH¢1.02 million from other reserves, GH¢3.177.00 from revaluation surplus and GH¢12.676 million from Government of Ghana capital support.

She commended management and staff of the company, as well as members of the Board for their ‘contributions, diligence and cooperation, adding that, with their continued commitment, they will continue to contribute to the development of Ghana.