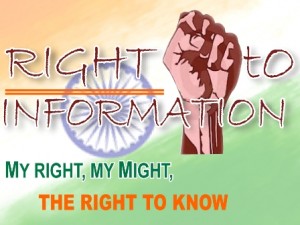 Community Based Organizations (CBOs) in the Northern Region have called on government to make available information on its various policies and interventions to the citizenry to enable them know about developments in their areas.

The CBOs said information on government’s borrowings and new policies and programmes, especially Free Senior High School (FSHS) and double track system was not available to the citizenry, which was not the best.

This was contained in a communique issued by CBOs after a two-day festival, which ended in Tamale on Thursday.

The communique signed by Hajia Mariama Yakubu, Chairperson of CBOs Regional Assembly in the Northern Region, was copied to the Ghana News Agency in Tamale on Friday.

The CBO Festival, organized annually by the Ghana Developing Communities Association, a non-governmental organization, created a platform for participants to learn and share experiences on issues that affected community development.

Over 100 CBO members drawn from various districts in the Northern Region participated in this year’s festival, which was the 11th in the series.

The communique said, “Government should learn from the experiences and challenges of developed countries on both FSHS and its borrowings” to ensure that they benefited the people.

It said “Government should ensure that the FSHS does not compromise the quality of senior high school education in the country.”

It said “Government should avoid delays in disbursements; the Ministry of Education should effect fees transfers one month prior to re-opening of schools to ensure funds arrived at schools before they re-open.”

The communique called for a wider consultation of stakeholders on the FSHS and double track policies to ensure success.

It also called on government to widen the tax net to include the informal sector and block leakages in tax collection to improve revenues for development.

It said “Government should ensure that its borrowings are put to best use for the benefit of current and future generations.”

It called on “Government to ensure that the citizenry are actively engaged in formulation of national policies through broader consultations at both the local and national levels on national policies.”

The communique pledged the commitment of members the CBOs to create awareness on the need for the citizenry to pay tax whiles community members demand quality services from duty bearers.