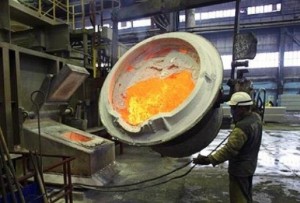 Blaze Metal Resources, a Ghanaian-owned gold company, in partnership with 777 Project Development Consult of Dubai, will soon set up a gold refinery in the Ashanti Region.

The $30 million refinery will be sited within the free zones enclave of the Boankra Inland Port.

Nana Boakye Mensa, the Board Chairman of Blaze Investments, said the refinery would have the capacity to refine 500 kilogrammes of gold daily and produce up to 24 carats.

Speaking to journalists in Kumasi, Nana Mensah said talks were ongoing with the Manhyia Palace to complete the land acquisition process for construction works to begin.

He said the Ashanti Region was the largest producer of gold, hence the decision to site the refinery there to add value to the mineral instead of exporting it in the raw form.

Mr Anil Kumar Pillai, the Principal Partner of 777 Project Development Consult, said construction works was expected to be completed within the next three years.

The refinery, according to him, was in response to the policy of the Government that required that about 30 per cent gold mined in the country should be refined locally.