September 28, 2018 ICT Comments Off on Foundation calls for digital empowerment of citizenry 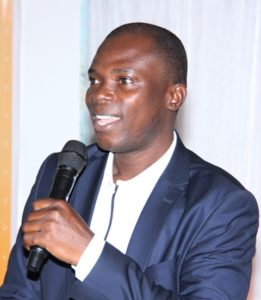 Mr Sulemana Braimah, Executive Director, Media Foundation for West Africa (MFWA), has called for the digital empowerment of the citizens of African countries to enable them to demand accountability from their leaders through the internet.

He said the internet was an effective tool, which would enable the citizens to participate in the democratic governance of their nations and also demand accountability from duty bearers in ensuring that the vast natural resource endowment that they had were put to their benefit.

Mr Braimah, who was speaking on Thursday at the Forum on Internet Freedom in Africa 2018 (FIFAfrica18) in Accra, said every one recognised the importance of the internet across Africa because more and more people were getting empowered through it.

The three-day meeting is being organised by the Collaboration for International ICT Policy in East and Southern Africa (CIPESA), in partnership with the MFWA.

The Forum is a landmark event that convenes various stakeholders from the internet governance and online rights arenas in Africa and beyond to deliberate on gaps, concerns and opportunities for advancing privacy, access to information, free expression, non-discrimination and the free flow of information online on the continent.

Since its inception, FIFAfrica has also served as a platform to mark the International Day for Universal Access to Information (IDUAI).

Engagements at the Forum, which is being attended by over 360 participants from across the African continent and beyond, aims to reflect current trends and concerns in access and usage of the internet and related technologies on the continent.

Mr Braimah said in some African countries, duty bearers were also exploring ways to make sure that people were limited in terms of the extent to which they get the opportunity to demand accountability and to have a voice in governance processes.

“And so it’s either the net is being shut down, as we know has happened on a number of occasions in Cameroon and of course Uganda…. In Ghana it doesn’t happen.”

Mr Braimah said apart from the phenomenon of shut downs, there were increasingly the tendency of some African governments and security agencies arresting arbitrarily, quite often detaining victims, harassing or beating up bloggers, social media activists and citizen journalists.

“Certainly this is a worrying trend but of course we do appreciate that government predominantly in Africa would always want to have their way and therefore, the trend where citizens through the internet are getting more and more empowered would certainly be something that they would want to counter,” he said.

He said the Accra Forum would come out with ways “to empower the citizenry to make sure that they were able to counter all the push backs that were being rolled out; be it in the form of laws, in the form of policies, or all manners of repression in terms of detentions, arrest, beating people and so on and so forth.”

“And we also know that government would at all times try to use national security as an excuse to try and limit the spaces for citizens’ participation and citizens’ voices. We know that you know countries are at the moment developing cyber security policies, cyber security laws and others,” he said.

He said “The Big Men” (African dictators) now understand that the internet had allowed a new type of “digital/visual secession”.

Dr Wairagala Wakabi, Executive Director, CIPESA, lauded Ghana for its excellent democratic credentials; which was a model for the rest of Africa to emulate.