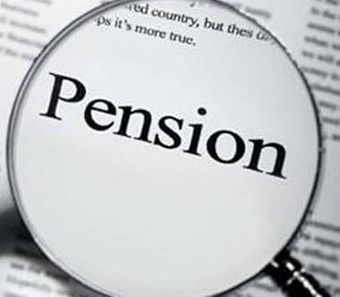 The Forum of Public Sector Registered Pension Schemes, on Wednesday, advised the Government to resist any urge to review the Pensions Law to enable it to utilise pension funds to support private industries or housing projects.

Addressing a news conference in Accra, to react to attempts by some politicians and industrialists for the review of the Pensions Law, Dr Isaac Bampoe-Addo, the Chairman of the Forum, said the National Pensions Act, 2008 (Act 766) had clearly defined areas for investments under section 176.

Therefore, he stated, it would not allow politicians or industrialists to dip their hands into the huge accumulated pension funds for any purpose not permitted by the law.

He urged the Government to allow the pension schemes to work as defined by the National Pension Regulatory Authority and in consonance with the existing laws.

Dr Bampoe Addo, therefore, warned politicians and private industrialists to stop all mechanisations to get access to pension funds, at the peril of workers.

“The Forum would not sit down unconcerned for Government to use any means to appropriate workers’ pension for its intended private sector support,” he said.

“The Forum is not in favour of using pension funds to support private sector schemes with the sole aim of private industries assessing funds at about nine per cent, instead of the prevailing 30 per cent interest on loans,” Dr Bampoe Addo.

He said it was prudent to allow the Trustees of the various pension schemes  to manage the pension funds, explaining that the profits accruing on the pension funds were far better than that of the Social Security and National Insurance Trust (SSNIT).

Therefore, he said, it was not worth risking the funds by lending them to private industries and estate developers.

He said it would continue to be the watchdog on pensions and resist any overt or covert attempt to subvert the smooth implementation of the National Pensions Act, 2008 (Act766).

The caution by the Forum, he said, followed a statement reported to have been issued by Dr Paa Kwesi Nduom, a renowned industrialist, at the recently held Ghana Economic Forum that, the original pension scheme was to provide long term capital to local industries.

Additionally, Mr Samuel Atta Akyea, the Minister of Works and Housing, is reported to have declared at various public platforms that, the Government was exploring ways to change the pension legislation to ring fence 30 per cent of pension funds for mortgage financing to reduce the housing deficit by developing affordable houses.

Dr Bampoe Addo declared: “In as much as we agree that improvements in housing is a laudable idea, we find it outrageous that part of workers’ pension should go to support private housing programmes that would not inure to the benefit of retirees.

“Indeed, the decision to acquire a primary residence rests with the beneficiary and not by any political fiat.”

Dr Bampoe Addo explained that the Tier Two Pension Scheme was a defined contribution scheme, which depended on viable and safe investments to ensure that meaningful benefits were paid on contributors’ contributions, therefore, all contributions made in the name of a member vested in the member.