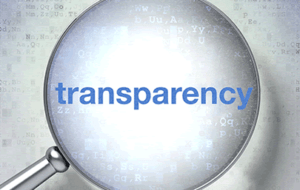 The five commitments areas chosen by the Open Governance Partnership team members has been given an overwhelming endorsement by selected groups within the Sekondi /Takoradi at a validation workshop.

The commitments looked at transparency and accountability in public infrastructure delivery, sanitation, public finance and billings, technology and innovation among others.

He said good governance takes into consideration active participation of the governed in the decision making process and “at S.T.M.A, we have exhibited our commitment at all levels to demonstrate how we value the citizenry in our operations through their various contributions, criticisms and suggestions.

“We were not too surprised at our inclusion in the selection of the local OGP programme in 2016, and two years on, we continue to feel honoured. “

As part of the programme, STMA is expected to submit its second OGP Local Action Plan in the last week of September a commitment that hinges on potentially high impact Open Government commitments.

Mr Isaac Aidoo, OGP programme focal person, said three civil society partners for the OGP programme (Friends of the Nation, Berea Social Foundation and S.T.M.A–CSUF) have received a grant from the OGP Trust Fund, managed by the World Bank to facilitate the co-creation process for the new Action Plan in collaboration with the Assembly.

As part of the process, a nine member Working Team made up of government officials, civil society organizations, the media, traditional leaders, some private organizations, community and vulnerable group representatives has been formed.

Mr Aidoo said the Team has so far engaged selected community members and other stakeholders to solicit their inputs for the second action plan.

Mr Aidoo said vulnerable groups such as People with Disability and People Living with HIV were not left out as the Team organized separate meetings for them to also make their inputs, the media and government officials were also engaged by the Team.

He said “in furtherance to the co-creation process, the 40-member Multi–Stakeholders’ Forum was tasked to maximize participation and cooperation between the government and civil societies”.

The Forum, he said, would continue to ensure that relevant partners meet and discuss issues that needed to be addressed to promote participatory governance and also consider the views of citizens when making decisions.

The second action plan he said is to significantly increase the level of public inclusiveness in the delivery of their mandates and institute proper two-way communication with the public to significantly make the work easier especially on our service delivery processes beforehand.

Mr Aidoo said the Assembly was leveraging on the OGP core values to position itself to better respond to citizens’ needs and aspirations in a way to command their trust and confidence.

He said the OGP core values afforded the Assembly the opportunity to stay on the course of good governance reforms, deepen its ‘fledgling democratic’ culture, document achievements and share experiences with the international community.

Ms Brittany Lane, the OGP programme local manager from the USA who witnessed the validation workshop, was impressed about work done so far and advised that submission of the action plan was done on time to ensure timely implementation of the commitments.