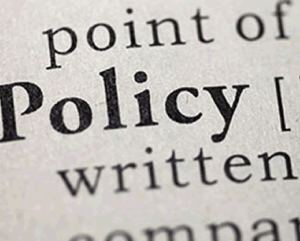 It will be on the theme: “Assessing Government’s Flagship Programmes – The Journey so Far.”

The Dialogue, which is being organised by the Government in partnership with the Universal Merchant Bank (UMB), would have the keynote address delivered by Vice President Alhaji Dr Mahamudu Bawumia.

The opening ceremony would be chaired by Kpembewura Bismark Dari, the Paramount Chief of the Kpembe Traditional Area.

He said the areas to be looked at include the Infrastructure for Poverty Eradication Programme (One Constituency, One Million Dollars), Free Senior High School – The Double Track System/Technical and Vocational Education and Training (TVET); One Village, One Dam; One District, One Factory; and the National Health Insurance Scheme.

He noted that during the conference, ministers of state responsible for the various flagship programmes would engage directly with stakeholders and provide status reports on them and also take feedback.

On Day One of the programme, Dr Matthew Opoku Prempeh, the Minister of Education, would speak on the topic; “Free Senior High School for all Ghanaian Children – the Double Track System…What it is and why”.

On Day Two, Dr Opoku Prempeh would again speak on the topic: “Technical and Vocational Education and Training (TVET) in Ghana, what is the success story so far and what are the next steps to enhance awareness creation and increase enrolment…”

Madam Mavis Hawa Koomson, the Minister of Special Development Initiatives, would speak on the topic: “Assessment of One Village, One Dam initiative…the status of implementation so far”.

She would also handle the topic: “Assessment of the Infrastructure for Poverty Eradication Programme (IPEP).”

Mr Collins Ehwie, the Manager, Centre for Business, would speak on the topic: “Financing Small and Medium-sized Enterprises (SMEs) and Access to Funding”.

Mr Kwaku Agyemang-Manu, the Minister of Health, would present a status report on the NHIS; dubbed: “Status of efforts to restructure the NHIS”.

A Deputy Minister of the Ministry of Gender, Children and Social Protection would give the status of the Livelihood Empowerment against Poverty (LEAP) programme.

Each presentation would be followed by a panel discussion.

Mr Roland Akafia, the UMB Head of Public Private Partnership Incubator Centre, said they were very excited in partnering the Government in its efforts to take the National Policy Summit to the doorstep of the people; adding that this would enable the people to have a say in some of the policy programmes government was churning out.

He noted that the UMB was the first bank to pledge its support to assist government in the execution of its flagship programme; One District, One Factory.

He recounted that a couple of weeks ago, the UMB delivered on the first project – providing $10.7 million for one of the flagship programmes of the Government.