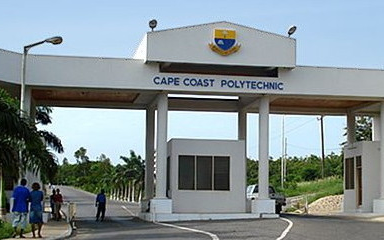 The Technical University Teachers Association of Ghana (TUTAG) has declared a sit down strike with immediate effect following refusal of Government to offer them the same conditions of service as lecturers in public universities.

A statement copied to the Ghana News Agency and signed by Dr Solomon A. Keelson, National President of TUTAG, explained that the Association had been denied the required conditions of service for Public Universities since it was upgraded from Polytechnics to Technical Universities.

“We submitted a letter dated August 29, 2018 notifying the National Labour Commission (NLC) of our intention to embark upon industrial action to press home our demand for immediate migration.

“We subsequently received a letter from the NLC dated August 30, 2018 summoning us to a hearing scheduled for Wednesday September 12, 2018. We attended upon this summons but the

NLC failed or neglected to sit and hear our case, and left us stranded at the offices of the Commission”.

The statement explained that it is in view of this, that the association has declared an indefinite sit-down strike, having followed the requirements of the labours laws of Ghana.

“Such migration is legal, logical, fair, right and just since the prevailing conditions of service apply to the category of employees referred to in the agreed terms, for which we stand qualified,” the statement said.

The statement noted that even when there is variance in relation to the conditions of service as provided for, and enjoyed by Technical Universities, they had continued to fulfil their duties, responsibilities and obligations to the Universities.

It said: “The failure of our employer so far, to migrate us onto the requisite pay structure that pertains to public universities is hurtful in several respects and tensions on the various campuses have reached a crescendo”.

It noted that the Association rejects the preconditions set by the Ministry of Education through the National Council for Tertiary Education after a letter of request was sent to the sector to expedite action along with the Fair Wages and Salaries Commission to remedy the situation.

The statement explained that the preconditions which are enactment of statuses, adoption of approved scheme of service and conduct of a comprehensive staff audit deemed as necessary by the Ministry before migrating TUTAG onto the conditions of service are just excuses to delay the process.

The statement revealed that due to the delay in migrating the Technical Universities onto the Public Universities’ single spine salary structure, there are discrepancies in reward to staff.

It stressed that, as a result, most of the lecturers with PhD and other Professionals, who are disgruntled with the situation continue to leave for the other public universities.

The statement noted that, the implications is that any further delay to migrate the staff could lead to huge loss of a lot of qualified lecturers to the other established Public Universities.

It added that those who choose to stay would also suffer financial loses and it will go a long way to affect negatively, the President’s vision of industrializing Ghana through Technical Vocational Education and Training.